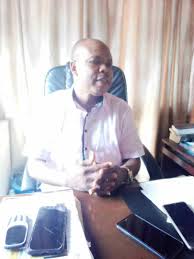 Pandemonium broke out at the venue designated for the election of officers of Uruagu Nnewi quarter scheduled for January 30th, 2021.
Apparently, there has been a running battle between factions backing various candidates who are vying primarily for the President General’s (PG) office.

The gladiators are well-financed and would not hesitate to deploy resources to capture the coveted seat. The key actors are the incumbent or outgoing PG Hon Charles Nwoye, Innocent Okoli (Organizer), and Elo Ike.
As it turned out, it has been a battle being wedged without laying hands on a substantive cause or causes. However, our investigation points to a struggle underscored by economic interests.
The economic grievances threaten to undermine the usually disciplined approach to the selection of officers within the Uruagu quarter. There is cause for concern both from Uruagu and the entire Nnewi.
The constitutionality of positions being adopted by the factions coupled with their divergent interpretations that rivals are acting ultra vires indicate that all would surely put their fate in the court’s hands to determine which faction is in the right.
What is not clear is why the electoral panel under the chairmanship of Sir Augustine Ike (Ike Edorji) appeared to be under siege, and some of the contestants accused him of being bias because he disqualified some of the contestants with malice.
On the order hand, some of the candidates had refused to fulfill the prerequisite condition that would have qualified them as bonafide candidates for the truncated elections.
Those who argued for the election’s postponement are accusing the incumbent President General of working against the Uruagu’s constitution in setting up the electoral panel under Ike Edorji. They argued that it is the Board of Trustees that has the mandate to conduct the election.
The incumbent PG’s faction argues that the referenced constitution is illegitimate because it was a product generated by two individuals. That the process of developing a new constitution as was clearly laid down by the substantive constitution was not followed, and therefore, what the faction calling for election deferment is null and void. They argued that some of the people promoting the illegitimate constitution are anti-people; they are only interested in installing their stooges.
The factions have so far procured contrary court orders for and against holding the election.
As a result of the severe disagreement, the electoral body moved the election to a different venue.
The notice to the meeting says, “Dear Delegate UNCDU Election holds tomorrow Saturday 30th Jan. 2021. In Anglican Girls SS. @9am.
Chairman UNCDU Independent Electoral Committee”.
The setting of the election ground was ready before a group of men attacked the venue.
Vision Newspapers was reliably informed that there was an order of the court that the election should not hold. However, no one has acknowledged having been served from the other side.
As it stands, there is a concerted effort to hold the election in April. Whether it will be realized is all up in the air.