Uwazuruike is on drugs, says Kanu 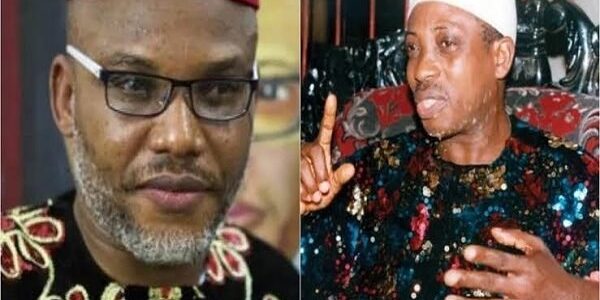 Leader of the proscribed Indigenous People of Biafra (IPOB), Nnamdi Kanu has described founder of Movement for the Actualisation of Sovereign State of Biafrà (MASSOB) Ralph Uwazuruike as a man under the influence of drugs.

Uwazuruike had said on Wednesday the ESN only exists on social media, adding that IPOB lacked the power to set up such an outfit.

Speaking to the Nation, Kanu, through IPOB Media and Publicity Secretary, Emma Powerful, likened Uwazuruike’s comment to that of a possessed man.

The IPOB leader said to respond is to dignify Uwazuruike who people knew too well.

He said: “We don’t want to dignify Uwazuruike with response because people knew him very well that he is on drugs every time and he is flipantly talking like someone who is possessed.”

0 comments on “Uwazuruike is on drugs, says Kanu”