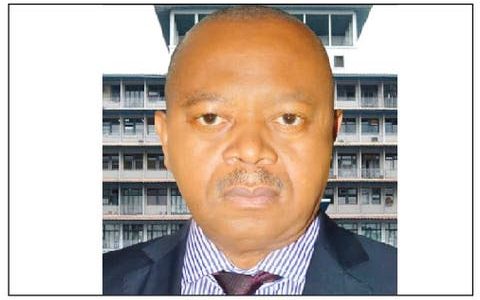 What are urinary tract infections?

The urinary tract is the passage where waste product filtered in the urine is passed to the exterior. This tract includes the kidneys, ureters, bladder and urethra. When microorganisms such as bacteria, get into any or all of these tracts, it is termed urinary tract infection, colloquially called ‘toilet disease’.

What are the causes of urinary tract infections?

What other factors increase the risk of getting a urinary tract infection?

Age is a major determinant. The extremes of age are more predisposed. The female gender is more predisposed to UTI for some reasons, such as the short length of the urethra, the close proximity of the tract to the anus and vagina, pregnancy, sexual and behavioural practices, such as wiping from the back towards the front after defecation among females. Other factors that increase the incidence of UTI include sexual intercourse, especially with a new or multiple sexual partners; structural abnormalities (congenital or acquired) in the urinary tract, a previous infection in the urinary tract, poor hygiene, particularly in children who are potty-training; coexisting immune suppressive infections, such as diabetes, HIV, etc.; and presence of a foreign body in the urine tract, such as a urethral catheter. Alcohol and caffeine intake have also been implicated among other factors.

What are the signs of a urinary tract infection?

The signs could include a sudden strong desire to urinate, pain or a burning feeling when urinating, frequent urination, usually of a small quantity; lower abdominal cramps or pains, cloudy or bloody tinged urine, foul smelling urine, back pain, fever and/or chills, nausea or vomiting. In children, where it may be difficult to communicate, the presence of irritability, crying on urination, occurrence of new day or night wetting in a previously dry child, with any of the previously listed symptoms, should be a pointer to a UTI. The elderly may present with bizarre presentations such as hallucinations, restlessness, social withdrawal, agitation and confusion.

How does one diagnose UTIs?

If any of the above listed symptoms are observed, kindly visit a doctor, who will further evaluate and perform some necessary investigations to confirm the disease. A list of some of the investigations includes a urinalysis, urine microscopy culture and sensitivity, abdominopelvic ultrasonography, urethra-cystoscopy, retrograde urethrogram, micturating cystourethrogram, intravenous pyelogram, urodynamics, etc., each as may be found necessary in each case.

How are UTIs treated?

Most urinary tract infections are treated with antimicrobial medication. These medications work by killing the germs that cause the infection. The duration of treatment depends on the tract affected and the nature of the germ. In more severe cases, the patient is admitted for care.

What is a recurrent infection?

Getting a UTI is inconvenient. Having a UTI over and over again is the absolute worst. It not only causes frequent visits to the toilet, but it also makes urinating a literal agony. Experts view recurrent UTIs as two episodes of a UTI occurring within six months or three episodes within a year.

How can UTIs be prevented?

Drink plenty of water to stay hydrated and empty your bladder when full. This is the simplest way to prevent infection by flushing out germs that try crawling up the urine flow tract and preventing them from establishing an infective process. Ladies are advised to wipe from front to back, especially after a defecation. This prevents the translocation of anal germs to the urinary area. Ladies should also wash up before sex and urinate after sexual intercourse. This will also push germs that entered the urinary tract back out. Some practices such as douches, use of deodorant sprays, spermicides, diaphragm and scented powders are potential irritants that actually predispose to increase in infection. The use of estrogen creams may be advised in elderly women. Foreign bodies such as urethral catheters should be used for a short duration, and good catheter hygiene cannot be overemphasised.

Is it true that cranberry juice can prevent UTI?

Cranberry juice is not recommended as a treatment option for children.

In adults, some studies have shown that a glass of cranberry juice daily reduces the UTI in patients at risk of UTI and recurrent UTIs. It is suggested that cranberries contain compounds that may stop certain bacteria from attaching to the walls of the urinary tract. However, there is still uncertainty concerning the effectiveness of cranberry, since some of these studies have not been of high quality, and some results are inconsistent. In 2020, the (United States) Food and Drug Administration announced that it would permit manufacturers to claim on product labels that there is “limited” evidence that daily consumption of specified amounts of cranberry dietary supplements may reduce the risk of recurrent UTI in healthy women who have had a UTI.

It is believed that drinking water provides relief from UTI. Is this true?

Drinking water and staying hydrated is not a treatment, but it is considered a useful measure just like good hygiene.

How many Nigerians have urinary tract infections within any given period?

About 150 million people suffer from UTIs each year, globally, and it accounts for three to five million hospital visits per year.

There is an underestimation of UTI in developing countries, due to numerous factors. However, in Nigeria, studies have shown that two to four in 10 individuals have UTI, and in places like Abuja, the prevalence is as high as four out of every 10 men, and eight out of 10 women between the ages of 15 and 30. The prevalence not only varies with gender and location, but there are also some variations noticed among the different age groups. It is important to know that only about half of the patients show symptoms, and about six in 10 symptomatic patients acquire the infection from the hospital.

Are there any unique factors responsible for these statistics?

In children less than three years, males are at greater risk of UTIs largely due to the presence of congenital structural abnormalities. Even among males, practices such as male circumcision are associated with a lower risk of infection.

Throughout the sexually active/reproductive period (15-54 years), females have a way higher risk of UTIs, due to the sexual activities and practices, accounting for about seven out of 10 causes of bladder infections.

During the postmenopausal period, the low estrogen predisposes females to UTIs. However, males of equal age have a higher prevalence, due to the presence of age-related male prostate pathologies, which affects the flow of urine.

Do UTIs cause kidney damage?

Yes, but not usually. Most UTIs are treated successfully but in cases where the predisposing factors that are anatomical or structural (such as urethral structure, obstruction to urine flow, or kidney stones) are not addressed promptly, pyelonephritis may cause some degree of kidney damage. Also, cases of inappropriate treatment of overwhelming sepsis, especially in children, may cause renal damage and high blood pressure in the future.