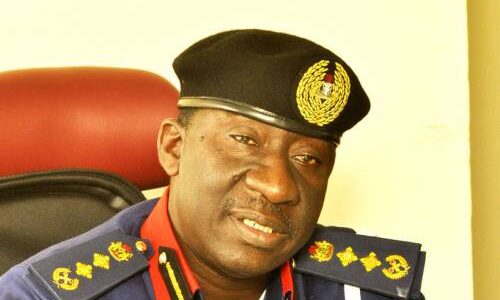 The Nigeria Security and Civil Defence Corps (NSCDC), Oyo State Command, says it will no longer condone attacks on its personnel by members of the public.

Mr Iskilu Akinsanya, the state Commandant, gave the warning in a statement issued by the Corps’ Public Relations Officer, Mr Oluwole Olusegun, in Ibadan on Monday.

The commandant was reacting to an attack on officers attached to the Oyo State Board of Internal Revenue Agency by some occupants of a complex in Ibadan, over tax matters.

He said the officers, who were in uniform and trying to make peace, were attacked with a plank by one of the occupants of the complex on Sept. 29.

The commandant cautioned members of the public against assaulting officers providing cover for other agencies in the state.

While advising those against government policies to be civil in their protest, he called for the cooperation of communities to ensure a safer society for all.

“One of the officers was rushed to Kejide Specialist Hospital for treatment as a result of injuries he sustained during the attack, before the Rescue team could arrive at the scene.

“Men of NSCDC are trained to be civil and professional in their approach with courtesy and good human relations.

“We implore the good people of Oyo state to always give necessary assistance to men of NSCDC, who are out to carry out their services by securing lives and property of the populace.

“Do not discourage and demoralise people who have given their lives to serve their nation,” he appealed.

The commandant also called on the media in the state to always verify their information from NSCDC before going ahead to publish.

This, he said, was necessary especially when the report could tarnish the image of the corps.