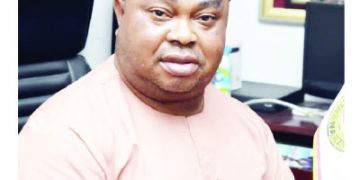 In this interview, President, Ohanaeze Ndigbo, Lagos, Solomon Ogbonna Aguene, speaks about insecurity, governance, and other issues bedevilling the country.

In 2023, which geo-political zone should the president come from?

Whoever will have the interest of Ndigbo, let it come from the person. I don’t want to know where it is coming from. Whoever that will have interest of Ndigbo at heart and give them their rightful position in Nigeria any day, any time as it used to be from time immemorial, I m in support of that person, whether it is a foreigner. There are so many people whose governor are from their village, but the person may not be interested in those that he is governing. Instead of investing or doing something to their people, they prefer doing it in the foreign land. So, if that person comes as the president of  the country and have the same attitude towards Ndigbo, we would go back to square one.

What’s your reaction to the state of insecurity in the country such as banditry, Boko Haram, kidnapping, armed robbery, and so on?

What’s your opinion on the EndSARS protest?

Yes, it is good to end SARS, but that is not the main priority. The major priority for everybody is for the government to understand that those who are under their auspices are not fools, that they should do the right thing, and make sure that everybody is a beneficiary in the system of the government just like every other country which doesn’t even have what Nigeria has but their citizens are proud to say they are from that country. Nigerian youths, retired soldiers, police, army, and other pensioners, are not proud of Nigeria. They are even regretting why they are Nigerians, or why they wasted all their time working for Nigeria for all the rest of their lives and nothing to show for it. They should change that mentality so that it will not get out of hand when people would begin to eat their fellow human beings like animals.

It was alleged that the Igbo in Lagos were part of the vandalisation and looting during the protest. How true is that?

It is not just because of what the grandson of Adeyinka said, it was another strategy of the politicians to go away with their evil doing. So, the boy was telling us about fake news from social media. He is suffering from vocal diarrhoea. That was not the first time he is saying something like that, or even  worse than what he just said in social media. There is no responsible human being that can make such a statement. It is those that are irresponsible also that would listen to him, or enjoy his speech. A serious Yoruba person would be ashamed to say that the boy is from Yoruba community. So, there is nothing to worry about. There are different kinds of madness and illness. It is part of his own madness. If you are in foreign country directing people to go away from their own country, what kind of madness is that. I have made it clear that everybody should discard such statement. If we begin to talk about it, they are giving him more recognition.

Yoruba are very serious-minded people. They respect culture and tradition. They respect their leaders and elders. So a real responsible Yoruba person cannot address their elders like that; talking about the Igbo, there are those who are like grand fathers to him.

This is not the first time the Igbos in Lagos have been threatened with their lives. What are you doing to ensure that this kind of embarrassment stops?

The threat is a tout’s threat. I have never seen  any of their leaders come out to threaten Ndigbo. Even when they said Oba Rilwan Akiolu made a threat that he would throw Ndigbo in Lagos inside lagoon if they fail to vote APC in 2015, he denied it. The  first visit when I won my election as the president of Ohanaeze Ndigbo in Lagos was to Oba’s palace. For fair hearing from Oba, I put the  question to him, that, if  it was true that he said that he would throw Igbo people into the lagoon, and he said no. He said his palace is also Igbo people’s palace, and that I am welcome to the palace any time, any day, any hour. He told me the kind of role he played as a security officer (MOPOL) when the late Odumegwu Ojukwu came back from Ivory Coast. The relationship between the Yoruba and Ndigbo has been cruising before the advent of white people in Africa. So, what threat. Ninety percent of  Ndigbo came to Lagos with their heads, while 10 percent came with legs. When you came with head, it means you are born and brought up here in Lagos. So, how can someone tell somebody to leave Lagos. To where? It is like telling Barack Obama to leave America to Kenya because his father came from Kenya but he came to Kenya with his head.

What are some of your achievements since you came on board about two and half years ago?

This secretariat we are in now is the first secretariat of Ohanaeze Ndigbo in Lagos Lagos. I also piloted the first empowerment of the Igbo women in Ohanaeze. They received N100,000 each for 100 people at a go.

71 members of Council of Ndigbo received N 100,000 each, and all the 57 local government Chairmen of Ohanaeze Ndigbo in Lagos received N50,000 each. Again, this is the first time palliative got to the people they were meant for even though this is my first time to hear about palliative. This is a language that is accompanied with COVID 19 and it has been established now that we use it often if we want to discus about being nice especially to the less privileged.

Also, there was a dispute that lingered for so many years concerning the traditional rulers of Ndigbo about who would be the number one among them for over 21 years. When I came in I settled it amicably and united them together and they are working.

Another one is also Ndigbo in APC; It was  a leadership problem of who would be the leader of Ndigbo in APC. I came again and settled them.

Again, Ohanaeze is known every corner now. Formerly, nobody knew about Ohanaeze. When you talk about Ohanaeze people would wonder what it is. But I have made it so popular now through publications that, it can be reckoned with now.