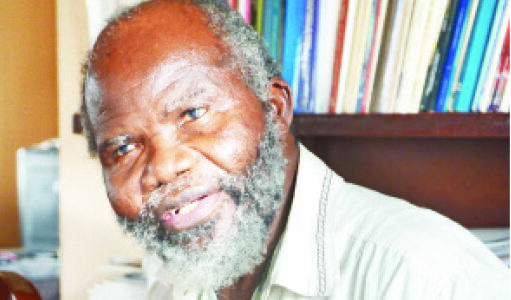 A former military chief, Gen. Ishola Williams (retd) has again called for the 2023 presidency be ceded to the South East and North Central zones of the country.
Speaking with TUNDE THOMAS in this interview, the renowned anti-corruption crusader expressed doubts if the federal government would be able to end the insurgency ravaging parts of the country before the next general elections.
He also spoke on other national issues.

What’s your take on the controversy that has been trailing Bishop Matthew Kukah’s Christmas message with some saying that it amounts to calling for a coup while others are saying that it would promote disunity among Nigerians?
It is unfortunate that some people including the federal government are being too sentimental and emotional to Kukah’s message. What you will discover is that most people that are reacting to it are even doing so based on what others are saying, and not that they themselves have digested or read thoroughly Kukah’s message themselves, especially the content, and the environment in which the message was delivered.
When people talk about Father Kukah talking about coup, I believe it is a deliberate attempt by the federal government, and some Nigerians just to portray the man in bad light. One could read from his message that the man was not asking for a coup to take place .People that are making a lot of noise about coup taking place or not have not read the message very well. People that are talking about a coup because a northerner is in government are saying rubbish. It is unfortunate that most people have not read his message to understand what he was trying to say. But people are free to talk, whether what they are saying makes sense or not. However Kukah’s message is a reflection of what is happening in Nigeria. All of us including the presidency knows that what Kukah was saying about Nigeria in his message is true but most of us are hypocrites ,and pretenders.
Presidency knows that what Kukah was saying was the obvious but they were being economical with the truth. Kukah has hit the nail on the head, and as the saying goes, truth is bitter. What is left is for those we call our leaders to search their minds, and do the needful on how to make sure that Nigeria is working. Anybody that says Nigeria is working is deceiving himself. Insecurity, corruption, and bad leadership are some of the ills pervading the country, and these are issues that we need to address urgently. Another serious issue we should pay attention to is restructuring, and it is encouraging that one of the arrow heads against it, Prof. Ango Abdullahi has now come out that he is in support of restructuring, and that’s a good step forward.
Still on the issue of restructuring……..
Cuts in…. There is no alternative to it, and there is no better time to do it than now. I don’t know why Buhari’s government is foot-dragging on it. Even the El-Rufai’s committee set up by his own party, the All Progressives Congress, APC has recommended it. But the good thing as I have read somewhere is that the Constitutional Committee of the National Assembly ,has decided to look not only into the El-Rufai’s report but also that of the 2014 constitutional conference , and they are considering the two for the constitutional amendment which they want to carry out on the 1999 constitution. But the good thing is also that most Nigerians are in support of the amendment of the 1999 constitution.

Fears are being expressed in certain quarters that Nigeria could break up if calls for restructuring are further ignored, what’s your reaction to that?
The point is this, why should Nigeria break up? When you look at the whole issue, the National Assembly without the Presidency can take decisions on issues affecting Nigerians, and the decision taken by the lawmakers will be binding. If the Presidency seems to be foot-dragging, then the National Assembly can rise to the occasion by doing the needful on the issue so there is no need to talk about Nigeria breaking up or not. Restructuring will bring a lot of benefits to Nigeria so I don’t know why the government seems not to be enthusiastic about it. But the National Assembly can take the initiative.

Then the local governments, and the states also have their own roles to play also. Without local government, and states there can be no Nigeria. Therefore the state governors have a great role to play in bringing about the desired changes in Nigeria. Let me give a simple example, the President came up one time ,and said local governments should be getting their money directly from the federal purse. Why did he say so?

He said so because states have been stealing local governments’ funds .Local governments are supposed to be third tier of government but the state governments sabotaged, and killed local governments thereby preventing them from operating effectively. This is why I have been saying that state governors are responsible for most of the problems confronting Nigeria today. If state governors come up with a plan of action to save Nigeria, the federal government can’t say no but the governors are reluctant because they are benefitting from the status quo. So the state governors are responsible for most of the problems we have in Nigeria today. These governors are opposed to restructuring because they still want to be getting money from the federal government. These governors are not people-oriented. It is annoying what they are doing. For example, what do they need a South-West Development Commission that they are now proposing for? Is it because the Niger-Delta has the Niger-Delta Development Commission? So what now happens if such a commission is set up? You have a state like Ondo state that is already a member of the Niger-Delta Commission that will also be in the South-West Development Commission. Already you have what they call DAWN, that is, Development Agenda for the South-West, then why are you creating South-West Development Commission? Is that not a duplication, and a waste of funds, and resources? Not only that , every Development Commission they are setting up all over the country is corrupt, they are avenues for siphoning public funds. People have never benefited from them.
Then people tend to forget that there was a time they were creating River Basin Authorities all over the place, they are still there, but who is talking about them today? In every part of Nigeria, you have those Basin Authorities, but what are they doing today? What have people benefitted from them? Nothing. There is nothing for anybody to fear about restructuring because all the states in Nigeria are blessed either with solid minerals or liquid mineral like oil. But some people who have vested interests to protect like state governors are the ones opposed to it .I’m ready to challenge any of the governors to a public debate on this. But the earlier we restructure ,the better for Nigeria.
On 2023, where do you stand between zoning and merit on what should determine who should produce the President?
My position is that the South-East has to produce the next President of Nigeria for equity ,and justice. Whether it is APC or PDP, both parties must produce a South-Easterner as their presidential candidate. The candidate from the South-East must however be somebody not only with proven integrity but must also be very competent .In the same vein, a candidate from the North-Central geo-political zone must also be picked as the Vice Presidential candidate .So my take on 2023 is this, South-East for Presidency, and the North-Central for Vice-Presidency. These two geopolitical zones have been marginalized for long. Are they not part of Nigeria? Other zones have been having it, so for equity, and justice, it must be the turn of these two zones in 2023. They must be given the chance. Any other story is secondary.