Wike’s Distinguished Award On Infrastructure Delivery, An Affirmation Of Excellence In Governance 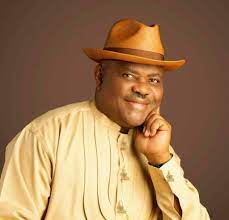 The monumental significance of this prestigious NEAPS, which was also conferred on some other prominent and outstanding Nigerians in different fields of endeavor, is not lost on both the supporters and loyalists of the Rivers Governor, but most especially on the naysayers, detractors and the handful of Rivers anti-progressives.

There are also those who were  overbearingly obsessed with ‘brick and mortar’ innuendos, who took it upon themselves to embark on an unsolicited campaign of negative criticism against every good work of Governor Wike, from the moment he assumed office on May 29, 2015.

Specifically, NEAPS was set up to recognize distinguished public service to Nigeria, either in contributions to individuals, state or local community, or the public through excellence in leadership, service, or humanitarianism.

To qualify for recognition, the recipient must be a living Public Official or a private  citizen, excelling in a given sphere of influence, in good character, standing and must also be at the forefront of service and innovation.

The individual must show an act of public service beyond the acts of their given mandate in endowing their society positively, in the service to the country.

There is absolutely no doubt whatsoever, that Governor Wike met and satisfied all the criteria stipulated for the recognition, nomination and conferment of this prestigious national award on him by the President.

This point is germane especially against the backdrop of comments by some naysayers, who annoyingly alleged that the award had been procured, after some pecuniary commitment had been extended to certain quarters, to facilitate the nomination.

Nothing could be more ludicrous and irrationally nonsensical than this allegation, especially given the clear and incontrovertible fact that the ‘Distinguished Award for Infrastructure Delivery’, could be said to have been perfectly designed and flawlessly tailor-made for a leader like Governor Wike, at an auspicious time like this, in our national evolution as a country.

That the Rivers State Governor has been meritoriously recognized for this distinguished award did not come as a surprise to many Nigerians, most of whom even opine that the award was overdue and Governor Wike ought to have received it before this time. Their reason is not far fetched.

As early as 2017, barely a couple of years into his administration, he had already carved his indelible niche in the annals of infrastructure delivery in the country, when none other than the Vice president of Nigeria, Prof. Yemi Osinbajo, christened him  “Mr. Projects”, in recognition of the tremendous achievements of the Rivers Governor in infrastructure, in such a short period when most of his first term colleagues, were still trying to find their feet and settle down to the rudiments of their new mandate.

Needless to say that in the five years that have passed since the Vice President’s uncommon acknowledgement of Governor Wike’s pragmatic leadership, the Rivers Governor has accomplished an outstanding galore of breath-taking, fabulous, gigantic infrastructural projects across the length and breadth of Rivers State, which have not only transformed the landscape of the capital territory of Port Harcourt and environs into a befitting capital city, but also provided comfortable access and expressway passage into many ancient kingdoms, hitherto accessible only by sea.

The 12 flyovers (some already completed and in  use while others are nearing completion and will all be completed before his tenure is over), criss-crossing the ambience of Port Harcourt and environs, the massive, state-of-the-art Justice Nabo Graham Douglas Campus of the Nigerian Law School complex, Dr. Peter Odili Cancer and Cardiovascular Diagnosis Treatment Center, the impressive Mother and Child Hospital, the iconic Real Madrid football academy.

Other projects include, Sakpenwa-Kono dual carriage expressway,  Opobo Unity Road, the reconstructed jetties, the renovated schools, the rehabilitated internal roads across the state…are just some of the infrastructure projects in the list that is just too comprehensive to reel out.

In addition to these is the admirable fact that Governor Wike’s generosity and humanitarian acts, both within and across the country have now become legendary.

Governor Wike has done all these, despite the comatose state of socio-economic and infrastructural decay he inherited from his predecessor and the massive dislocation and disruption caused by the COVID-19 pandemic, which ravaged the entire country.

He commissioned projects upon projects at a time when some of his peers were still struggling to even lay foundation for some and he has not relented in his quest to continue to deliver quality infrastructure to Rivers people, which has upgraded his monicker to “Mr. Quality Projects.”

The real icing on the cake of Governor Wike’s Distinguished Award on Infrastructure Delivery, is that it has come from a sitting President who belongs to a different political party, which in itself, is a phenomenal statement and testimony of recognition for Governor Wike, who many have recognized as one of the ardent and most objective critics of the government of the day, who speaks truth to power and always stands on the side of justice and equity.

This of course is richly complemented  with his unparalleled achievements and national stature in infrastructure delivery, amongst all the state governors in the country, which is actually the core consideration for the award.

He has proven beyond all tenets, scrutiny and parameters of analysis, that he truly deserves the “Distinguished Award in Infrastructure Delivery” by President Muhammadu Buhari, at the Nigeria Excellence Awards in Public Service (NEAPS).

He needs no further validation to be fully recognized, endorsed and accepted not just as, “Mr. Quality Projects” but should be hailed and addressed officially henceforth as, “Mr. Infrastructure” in Nigeria.

0 comments on “Wike’s Distinguished Award On Infrastructure Delivery, An Affirmation Of Excellence In Governance”