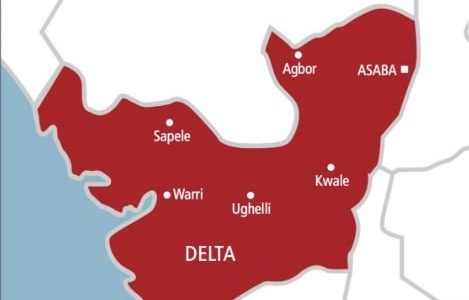 A young woman identified as Sovereignty Iteregbe, was reportedly shot dead by vigilante members in Ovwian community, Udu council area of Delta state, Sunday night, after a disagreement between the parties.

It was gathered that the incident happened along Ufuoma Street, close to Express Junction, off the popular DSC Expressway around 10 p.m.

According to reports, the victim was stopped by a team of vigilante members, while on her way home from an outing.

An angry exchange was said to have ensued between the parties, resulting in one of the vigilante members who was armed with a pump-action, pulling the trigger on the young lady.

A source disclosed that the deceased died on the spot.

“Sovereignty died on the spot as she was shot close to her chest with a pump-action by one of the vigilante members,” the source said.

The killer vigilante members reportedly took off after killing the victim.

“The girl with her friend went to evening outing at a bar called ‘316’ adjacent Ufuoma Street, Ovwian. On their way back at about 10 pm, the vigilantes attached to Ufuoma street questioned the girl on where she was coming from which resulted in a quarrel.

0 comments on “Woman shot dead by vigilante member in Delta”