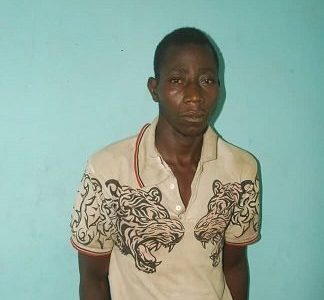 The victim reported that she was sleeping when the suspect broke into her room through the window and forcefully had carnal knowledge of her.

She explained that Ezekiel had threatened to kidnap her, asking her to pay a large sum of money, which she told him she didn’t have.

The victim said that the suspect raped her for a very long time before she was rescued by her grandson, Ishaku Achidawa, who was able to identify him.

Confessing to the crime, Yunana said he raped her since she did not have any money to give him.

The Police Public Relations Officer (PPRO), ASP Abiodun Wasiu, explained the Police Divisional Office in Kagara recieved the complaint from the grandmother and her grandson and arrested the suspect.

He added that the suspect had confessed to committing the crime, adding the case will soon be charged to court.