4 die, others injured in multiple road accident in Anambra 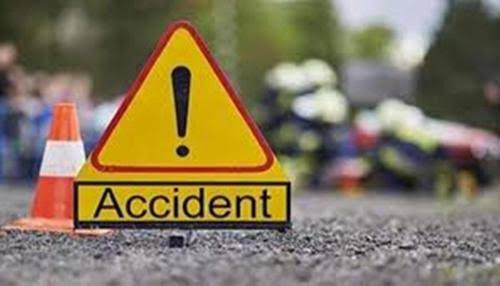 A multiple accident has claimed four lives and injured four others at Obosi Slaughter in Idemili North Local Government Area of Anambra State.

Daily Sun gathered that the accident happened when a  911 lorry lost control and rammed into a bus and  a car leading to the fatal incident.

The Acting Public Education Officer of Federal Road Safety Corps (FRSC) Mr. Kamal Musa,  said that those injured were rushed to hospital for treatment while the bodies were deposited at the morgue.

“A total of 13 people, eight  male adults and five  female adults were involved in the crash. Two male adults and two female adults who sustained varying degrees of injury were rushed to Unit Hospital Obosi, by FRSC rescue team from Oraifite Unit Command and bodies were deposited at the mogue after they were confirmed dead by the doctors in the hospital. The road obstruction was cleared to ensure free flow of traffic.

0 comments on “4 die, others injured in multiple road accident in Anambra”