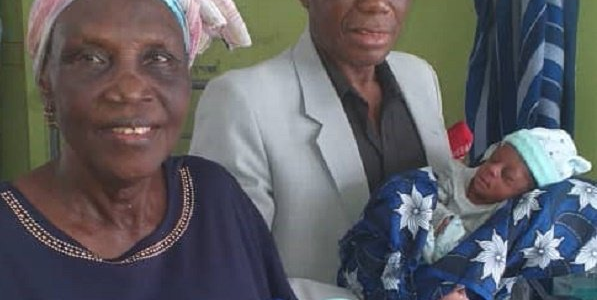 A 68-year-old woman has been delivered of twins at the Lagos University Teaching Hospital, Idi Araba.

The woman was pregnant for the first time following an in vitro fertilisation.

She was delivered of the babies – a boy and a girl – through an elective Caesarean section on April 14.

“The IVF and embryo transfer were done at an outside facility,” Prof Wasiu Adeyemo, the CMAC of LUTH said. “She was thereafter referred to LUTH at early gestation stage and subsequently managed till term.”

According to Prof. Adeyemo, this is the first time such feat will be recorded in Africa.

However, there is a record of a 74-year-old woman giving birth in southern India.

Mangayamma Yaramati became pregnant for the first after conceiving through in vitro fertilisation. She was also delivered of twins, both girls, through a Caesarean section.

In 2015, a 56-year-old German woman, Annegret Raunigk, who already had 13 children was delivered of quadruplets after conceiving through artificial insemination done in Ukraine.