A long goodbye? Russian expert says pandemic will be over by summer, but Covid-19 here to stay as seasonal virus 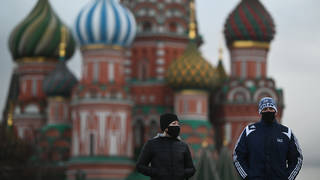 The coronavirus pandemic in Russia could begin fading away by summer, one of the country’s top scientists has said. According to him, infections and deaths should tail off as more and more people develop protective antibodies.

Albert Rizvanov, the Director of the Center for Precision and Regenerative Medicine at Kazan Federal University, told TASS on Wednesday that, whereas the end of widespread infection might be in sight, society would have to learn to live with an evolving virus for years to come.

“There are seasonal diseases that usually die out in late spring and early summer,” the academic said. He added that, like them, “the virus, I think, will stop spreading in Russia this summer. It seems that Covid-19 will become another one of the seasonal pathogens that cause respiratory illnesses.”

New mutations in the pathogen’s genetic code, such as those found in the UK, Brazil, South Africa and Russia, have sparked concerns that the newly-approved vaccines being rolled out might end up offering less protection against new variants. The creators of the Sputnik V jab at Moscow’s Gamaleya Institute have, however, said that their formula is effective against those recently evolved strains, although a further mutation that circumvents the immunity vaccines provide is possible.

Rizvanov was optimistic about the prospects of coping with an evolving virus. “It’s very likely that the inoculation against SarS-CoV-2 [Covid-19] will become part of the seasonal vaccination schedule along with the flu shot,” he pointed out. However, in the meantime, a combination of the shots being offered and a growing number of people recovering after having had the virus will begin to limit its spread.

0 comments on “A long goodbye? Russian expert says pandemic will be over by summer, but Covid-19 here to stay as seasonal virus”