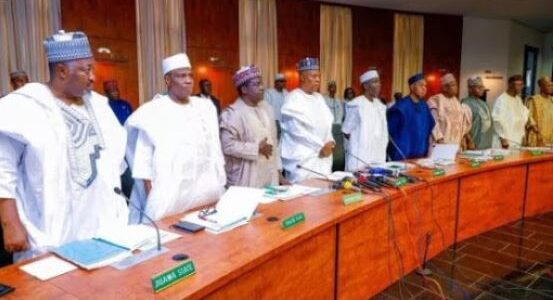 The calls by the northern governors for the censorship of the social media in the country, has continued to generate controversy with many, including political activists and Civil Society Organizations condemning position of the governors.

Recall that the call by the northern governors is coming just few weeks after the #EndSARS protests across the country had occupied the social media space that saw the Federal Government acceding to the demands of the youths, as it immediately scrapped the Special Anti Robbery Squad, SARS, which many allege had gone rogue.

The northern governors, at its recently concluded meeting in Kaduna on Monday, with traditional leaders and other stakeholders from the region, issued a communique wherein, it spoke against the devastating effect of the uncontrolled social media in spreading fake news.

In reaction to the call for censorship of social media by the northern governors, a political activist, Comrade Abdul Bako said, such attempt will spell doom for the Nigeria’s democracy that allows for the freedom of speech as recognised by the constitution of Federal Republic of Nigeria.

“Government should know that the citizens are now aware of what is happening and they are ready to be united within the space of engagement, using the social media”, he said.

”When the governors said, that there are certain platform that carries fake news, then what will the citizens say about the governors that carried out campaign promises and never kept to it?, he queried.

“Is that not fake news? “Comrade Bako asked.

The political activist noted that the Nigerian government has been so loud about the Mambilla Hydroelectric Power Project, but today, nothing like that is in the budget.

“The government used bigger platforms advocating that the project has reached 70 per cent completion which is not true. For government not to also keep to their campaign promises, they are equally abusing the social media. If the regulation is based on propagating fake news, they are equally guilty. There are some parts of the country that do not receive radio or television signal, but can access the internet for adequate information about the government, and therefore, the social media should be allowed to strive”.

“Whatsoever that is not productive on social media space should not be advocated for, but should rather, have data base information of the country to be able to track defaulters and not the use of censorship on social media alone”, he said.

A former member of the Judicial Service Commission (JSC) Jigawa State, Barr. Sanusi Kazaure, while speaking on the very controversial bill, said that “there are more pressing issues disturbing the country, which according to him, are bad governance, insecurity, (banditry, kidnapping and terrorism) should be the priority of the governors rather than talking about censorship of the social media.

”I think it will be a misplacement of priority to ignore all these issues and trying to control the social media”, he stated.

“Every sane person should know that social media should be regulated, but not at this moment”.

“There are much more pressing issues which are more important than controlling social media”, Kazaure said.

In the viev of Hon. Hamza Yunusa Jibia, “it is an attempt to clampdown on the voices of the masses”.

“The APC led government are the biggest beneficiary of the social media”, he added.

Frowning at the governors’ position on social media, Hon. Jibia noted that it is an attempt aimed at depriving the citizens the right to express their opinion on issues via social media platforms.

“It is unfortunate, but that will be challenged definitely by Nigerians”, Jibia assured.