End Sars protests: Why Anthony Unuode gave his life for a better Nigeria

More than 6ft (183cm) tall and well-built, Anthony Unuode, 28, dreamed of serving in the Nigerian army, but was killed by thugs breaking up protests against police brutality in the capital Abuja, writes the BBC’s Nduka Orjinmo after attending his memorial.

As hundreds of candles burned into the night, friends, family and strangers spoke about Anthony and his selflessness, while some shuffled their feet in grief, heavy with the burden of his death.

“Have we betrayed the dead?” asked one man, who said he did not know Anthony personally but, like many others, felt a kinship had developed between them during the protests against police brutality that rocked Nigeria last month.

The protests were held under the #EndSars banner, a reference to demands for the disbandment of the notorious Special Anti-Robbery Squad, whose officers were repeatedly accused of criminal activity ranging from extortion to extra-judicial killings.

“He died fighting for the same thing we are fighting for,” said another speaker, who followed Anthony on Twitter.

Protesters said that Anthony was brave. When thugs suspected to be hired by politicians to crush protests attacked them on 13 October at the Berger roundabout in Abuja, he stepped forward and shielded those he could, escaping with a minor injury on his arm.

Four days later, the thugs launched another attack with machetes, daggers and wooden sticks to disrupt a march along Abuja’s Kubwa expressway.

It is unclear whether Anthony was among the marchers or just happened to be walking in the area, but, his friends say, he suffered deep machete wounds to his head.

‘These were the things he fought against’

With blood gushing from his head, he removed his shirt, wrapped it over his wounds and ran for miles seeking help, finally collapsing in front of his friend Muazu Suleiman.

“I put him in the car and drove as fast as I could to the national hospital, but when we got there, there were no hand gloves, no cotton wools, no drugs. I had to go and buy these things from outside,” said Muazu.

“When they wanted to do surgery they were using their phone lights, some of the tools they needed were locked behind glass,” he added.

Hospital spokesman Tayo Hastrup denied the allegation, describing it as a “lie”.

But Anthony’s elder brother, Austin Unuode, also complained about the hospital, saying medics “couldn’t run some of the tests because there was no electricity”.

“These were the things he fought against, he believed that things needed to change in Nigeria,” he added.

“It’s bad that those that killed him may never get arrested because these are state-sponsored thugs.

The police told the BBC that they were investigating Anthony’s murder, and no arrests had yet been made.

A graduate in education at the Nasarawa state university close to Abuja, Anthony was a reflection of young Nigerians in many ways.

In a country where millions of graduates are unemployed and get little support from the state, most young people create their ways of earning a living.

At the time of his death Anthony was running three online betting shops.

He was also a small-time estate agent and “did anything that would bring legitimate money”, said his brother Austin.

“It’s a big loss, because since my father died, he has been the breadwinner of the family.

“My mother is not even around to see his last remains lowered as she travelled abroad,” he added.

It was not only armed thugs who had been deployed to crush the protests, but also soldiers who – two days after Anthony’s death – shot protesters at the Lekki toll gate in the commercial hub of Lagos.

Although the military has denied that troops opened fire, Amnesty International and multiple eyewitnesses are adamant that they killed at least 10 protesters there.

Ironically, Anthony, before his death, had applied to join the army, believing it was his patriotic duty to help in the fight against militant Islamist group Boko Haram, which has been waging a brutal insurgency in the north of the country for more than a decade.

“He always talked about joining the army to fight Boko Haram.

“He was passionate about Nigeria and Africa and always wanted to give his quota,” said Anthony’s brother. 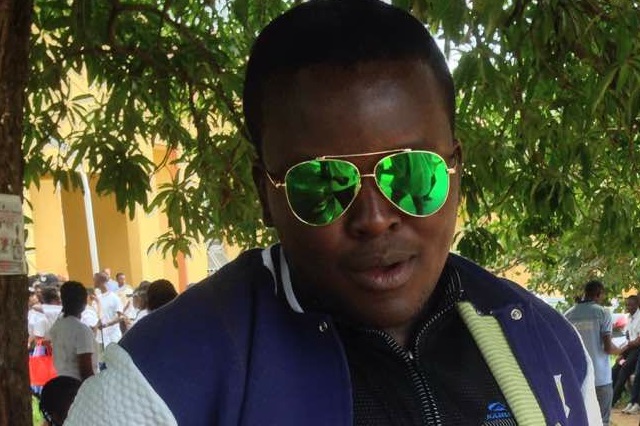 Anthony’s familyThe powers that be are truly against us and are doing everything in their power to stop this movement. It will get worse, but please let us never back down.”Anthony Unuode
Late #EndSars protester

Unlike many protesters, Anthony had never been a victim of police brutality himself but he joined the demonstrations because he wanted a better Nigeria.

“When he saw the youths coming together, he called me and said this was a turning point,” said his close friend Shedrack.

What next for the #EndSars protests?

The day after Anthony was buried, the leaders of the protest movement and thousands of others held an online session for more than four hours to map a way forward following the end of the mass protests that saw Nigeria’s massive young population demonstrate its power.

“What next? Where do we go from here?” asked moderator Ebuka Obi-Uchendu as he opened the Zoom session after a minute’s silence in honour of the dead.

In his response musician and lawyer Folarin Falana, better known as Falz, said: “I dare say things will never be the same in Nigeria again.

“The work now lies in citizen education, letting people know about their rights and the laws.”

Other speakers urged the youth to get involved in politics, and use their numbers to elect capable representatives.

“What we have seen is that we can gather and we can organise,” said Feyikemi Abudu of the Feminist Coalition, one of the main protest groups.

She is referred to as “the president” by her thousands of followers online for her exceptional organisational skills that made the demonstrations a success.

“Things that we didn’t think could be done in months or years were achieved in weeks and it is that energy that we need to keep,” she said.

Anthony’s friends agree, pointing out that he had written on his private Instagram account almost prophetic words before his death.

“To my generation of Nigerians. I love you and you have earned my maximum and genuine respect.

“The powers that be are truly against us and are doing everything in their power to stop this movement. It will get worse, but please let us never back down,” Anthony had written.

0 comments on “End Sars protests: Why Anthony Unuode gave his life for a better Nigeria”