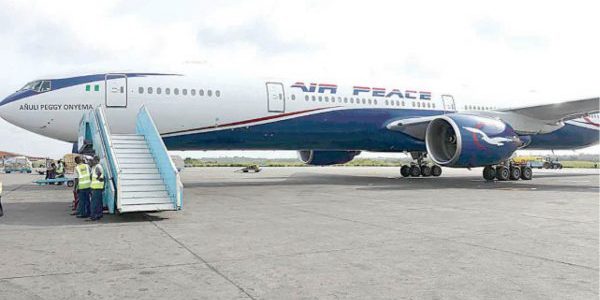 The management of Air Peace has on Wednesday confirms that its pilots were not on strike as insinuated in the social  media.

The management of Air Peace on Wednesday said its pilots were not on strike as insinuated in the social  media.

Mr Stanley Olisa,  the Media Executive of Air Peace made this known in a statement in Lagos.

“ The attention of Air Peace has been brought to a publication which is circulating on social media, purporting that our pilots are on strike.

“The information is not only unfounded but also mischievously orchestrated by its source to portray the airline in bad light.

“This is to categorically state that our pilots are not on strike and nothing can warrant such development.

” The members of the public are advised to ignore such publication as our pilots have not downed tools,” he said

He said that Air Peace would continue to provide best-in-class flight services while observing the highest safety standards.

0 comments on “Air Peace pilots not on strike — management”