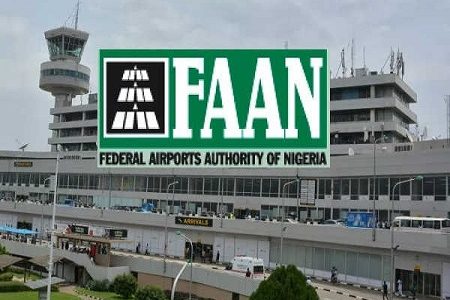 The Federal Airports Authority of Nigeria ( FAAN) has again condemned in strong terms the latest assault of an Aviation Security (AVSEC) staff, by the head of the Directorate of State Security ( DSS), Mr Safiyanu Abba,  for carrying out his assigned duty at the Nnamdi Azikiwe International Airport Abuja.

According to the latest information, Mr Abba was alleged to have assaulted the AVSEC staff when he tried to stop him from searching a visitor who walked through the metal detector activating the alarm.

The Abuja Airports Manager in a series of tweets revealed that the assault took place at the International Terminal of the Nnamdi Azikiwe Airport in Abuja during the airport procedures when the AVSEC officer was physically assaulted.

The Tweet titled: Breach of security procedure and assault on AVSEC Officer by Head of DSS at the International Terminal of NAIA Abuja read: “We note with dismay that Mr Safiyanu Abba, the Head of DSS at NAIA deliberately obstructed airport security process and slapped an aviation security officer who was performing his duty by calling on Mr Safiyanu Abba to resist from doing so.

“This happened on the 17th of July at about 15:25 hours. He breached security procedure by obstructing further searching of a visitor who had just walked through the metal detector as activated the alarms.

“The Federal Airports Authority of Nigeria strongly condemns this abuse of power and the security process, in our airports, this has been duly escalated.

“This is the 4th violations so far recorded and escalated by the Management of FAAN involving Nigerians in the position of Authorities since the airport was reopened for domestic flights. The first one was Former Governor of Zamfara, Alhaji Abdulaziz Yari at the Kano airport, followed by the Governor of Adamawa state, Alhaji Umaru Fintiri in Port Harcourt and a newspaper publisher at the Abuja airport.