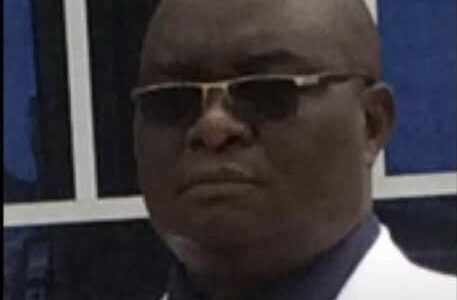 The Anambra State Commissioner for Home Land Affairs, Chief Chikodi Anarah, has denied being involved in the Isuaniocha community crisis in Awka North Local Government Area of the state.

Tribune Online gathered that the Commissioner was accused of regularly instigating crisis in the Council Area over land matters.

According to the former President General of Isuaniocha community, Chief Tony Onyeagolum, the Commissioner was behind all the crisis rocking the entire Isuaniocha and it environ.

He said the recent appointment of one Mr Cosmas Okonkwo, an associate to the Commissioner, as Special Adviser to governor Chukwuma Soludo, on Security matters even though he had been declared wanted by the Nigerian Police cast doubt on the general belief that the new administration means well for the people.

Chief Onyeagolum said such personality alongside others who were declared wanted for causing atrocities in Isuaniocha is not in the best interest of the people for them to be giving appointments on security matters when their crimes and actions were still being investigated.

The former President General said the administration of former governor Willie Obiano had set up panel to investigate the remote cause of the incessant crises in Isuaniocha and wondered why persons identified as key players in the matter would become advisers to governor Soludo on security which is the major bone of contention.

“We have somebody in Awka North called Chikodi Anara who is the new Commissioner for Homeland Affairs and former Adviser to Willie Obiano on Security, he is the one that is behind the entire issues in my community Isuaniocha. We are worried why governor Soludo will appoint persons declared wanted by police and close allies with Anara to deepen the problem we have.”

“Governor Soludo recently set up a committee to people to report injustice, Corruption and Insecurity matters in all the communities including Isuaniocha which is a well-commented step. But why will such persons with questionable backgrounds be appointed. There are lot of credible persons in our Community and entire local government area.”

Comrade Onyeagolum called on the government to always run a background check on the characters of persons he appoint into his administration especially security to avoid bringing people who will be working against his noble ideas and manifesto.

Reacting further on the development, the Public Relations Officer, Ministry of Homeland Affairs, Ukpa Ewa, in a press statement made avaliable to Newsmen in Awka, at the weekend, said the Commissioner has no hand in any crisis rocking Isuaniocha community.

According to the PRO, “the Commissioner is shocked at the almost 18-paragraph story that reeks of wild allegations, brazen bitterness, and apparent mission in vendetta and attributed to the erstwhile President General of lsuaniocha, one Tony Onyeagolu who was removed from office as President General for serious criminal activities and who is at the moment facing murder charges in court.

He asked to know what joy or benefit he would derive from causing crises in any community in Anambra State where he had just completed an eight year tenure as a Special Adviser on Security Matters with the task of creating peace and fighting crime and criminalities.

“What should single Isuaniocha out for a different treatment out of the 181 communities in Anambra State?”, he asked.

He continued, “Is Tony Onyeagolu, the only person in Isuaniocha that knows about the issues he has been alleging?”

Chief Anarah is not a native of Isuaniocha and has no power to appoint or direct affairs within that locality. He is from Amanuke and according to him, he has no vested interest or investment in Isuaniocha.

“The allegation made by the past PG of Isuaniocha against the Commissioner is a case of crime fighting back. The former PG had written and sponsored petitions in the past just to malign and tarnish the image of the Commissioner who had served as Special Adviser on Security Matters in Governor Willie Obiano’s administration for eight years and had received commendations to that effect.”

“It was in that office that he encountered Mr. Tony Onyeagolum while unleashing violent crimes against his community. The Commissioner’s insistence that Tony Onyeagolu’s activities must be brought to book is the immediate and remote cause of the incessant spurious and unfounded allegations and publications orchestrated against him, Chief Anarah.”

They statement further noted that “the violent crimes include but not limited to the shooting of one Chidiebere Okoye whom they left in a pool of his own blood believing him to have died. He survived. Chidiebere who had only two weeks to go and join his footballing club in Spain before the shooting incident now lives in a wheel chair.

He saw Tony Onyeagolu with his own eyes and is the principal witness in the attempted murder charge against Tony currently ongoing in Court.

“The more serious one is the celebrated abduction and gruesome murder of one Angus Okoye masterminded and executed by Tony Onyeagolu and his boys. The murder charge is also pending against Tony Onyeagolu in Court.”

“The past President General (PG) who the Commissioner also said is a drug addict is however advised to take his medley of grievances to other climes and possibly go for litigations if he has any case against Chief Anarah.”

“By Governor Soludo’s vision of making Anambra State a Liveable Smart Mega City, Chief Chikodi Anarah’s antecedents of hard work, integrity, and ethical behaviours are known to all, and the varied skills garnered over the years in his service to the State and commitment to making the State safe for all,” the statement concludes.

Despite several laws prohibiting sexual harassment in Nigeria, many victims are forced to quit their dream jobs while others suffer depression as a result of unsolicited sexual advances from colleagues. FAITH ADEOYE reports.

If you want to keep your job and excel in your career, you need to do as I say,” Janet Abegunde’s boss said to her one fateful day. Miss Abegunde, a 24-year-old accountant who had just gotten her first job in one of the new generation banks, said she fell into depression after her boss sexually harassed her.