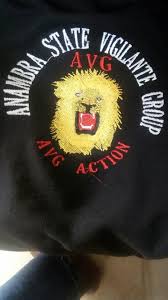 Despite its reputation as Nigeria’s safest place in the last five years, Anambra State is intensifying its security level.

A memo which Governor Willie Obiano sent to members of the state Security Council this morning said areas which “are for now of great interest are banks in border towns like Ihiala and Umunze to ensure that armed robbers from other states do not strike here as they were doing before this administration; the forests to establish that undesirable elements are not hiding there; Onitsha, Awka and Nnewi to rout out all the cult members; and a number of villages and towns to end the cultivation and sale of illicit drugs like marijuana”.

The memo explained that the heightened security has become necessary in view of the economic hardship brought about by the coronavirus pandemic and the fight against it which has entailed such measures as the lockdown on some key activities.

It also explained that the security measures were necessitated by reports, though without evidence, that some people may have defied the presidential order prohibiting interstate movements and consequently entered any of the bushes in the state.

“We don’t want to take chances”, the memo said.

“The state police command is deploying Armoured Personnel Carriers to protect banks in border towns, and the banks will from this day have greater surveillance from not just the police and the Department of State Security but also the Anambra Vigilante Group (AVG) and the Nigeria Civil Defence and Security Corps.

“If there are banks which do not yet have CCTVs, they have to install them immediately.

“The Secretary to the State Government will issue the same directive to filling stations in our state because they could be targets of criminals”.

Governor Obiano directed the AVG, headed by former Police Commissioner Ikechukwu Aduba, to lead the police, DSS, NCDSC, army and navy to comb all forests in the state while the police start aerial surveillance of these places immediately.

The memo identified Inland Town in Onitsha, Okpoko in Ogbaru Local Government Area, Obosi in Idemili North LGA and Ihiala Town as areas where cult-related crime has spiked in recent times and, therefore, directed the security agencies to get cracking.

“The NDLEA should join in regular raids of these places because of the high consumption of illegal drugs by criminals here, apart from the fact that the NDLEA will conduct with greater intensity raids in places where all kinds of substances are produced”.

He ordered the Cattle Menace Committee led by the Commissioner of Police, John Bassey Abang, to dispose of all cases brought before it within two weeks.

He stated the reason for the directive: “Apart from the fact that justice delayed is justice denied, we must bear in mind that we are now in the rainy season when crops grow well, and this may attract cattle to farms.

“In the same vein, we don’t want farmers to take the law into their hands by killing offending cattle”.

Chief Obiano enjoined the security and intelligence chiefs to hold regular dialogues with their counterparts in neigbouring states for improved security.

“Anambra’s security is, to a large extent”, noted the governor, “dependent on the security of our neighbours, as we saw how armed robbers from certain states used to terrorise our state up to 2011.

“Anambra State doesn’t want to be an island of peace and tranquility; we would rather work for the good of all”.

On assumption of office in March, 2014, Governor Obiano led a security summit in Awka, Anambra State capital, which was attended by all five Southeast governors plus the Delta State Governor Ifeanyi Okowa.

It is widely believed that the summit resulted in Anambra’s quick emergence as Nigeria’s safest state.