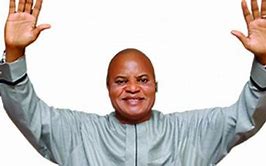 A Federal High Court sitting in Owerri Divison, presided over by Justice Garba Ringim, yesterday voided the candidacy of Frank Ibezim of the All Progressives Congress (APC), in the Imo North Senatorial bye-election, and declared Senator Ifeanyi Godwin Ararume, as the rightful candidate for the yet to be fixed bye-election.

He held that Ibezim was disqualified by APC’s screening committee before the senatorial district’s party primary election. He ruled that by reason of his disqualification, Ibezim should not have been allowed to participate in the election, saying that the votes cast in his favour, remains nullity.

Ararume, a two-time member of the senate, had approached the court, asking it to void the nomination of Ibezim and declare him the winner of the primary election.

After adopting the briefs from the counsels to both Ibezim and Ararume on October 16, the court had reserved October 27 for ruling, but the presiding Judge was not in the court to deliver judgment.

The seat became vacant following the demise of Benjamin Uwajumogu after slumping in his closet in Abuja last December.

Also the bye-election earlier fixed for October 31, was postponed indefinitely by the INEC following the EndSARS protest.

0 comments on “Ararume for Imo bye-election”