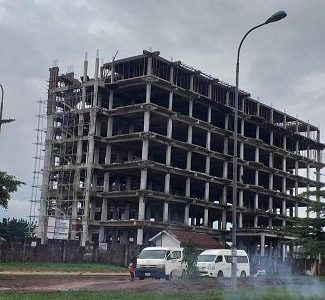 The Architects Registration Council of Nigeria and the Nigerian Institute of Architects in Imo State have jointly carried out an investigation into a recent building collapse in the state.

On April, 20 2020, an eight-storey hotel building under construction along the Musa Yar’Adua Drive in Owerri metropolis, Imo State, collapsed with about 30 artisan workers trapped in the rubbles.

The incident led to several deaths and rescuers made efforts to rescue those trapped in the rubbles.

They stated that following a barrage of calls from stakeholders, ARCON and NIA agreed to meet at the building collapse site on Friday for on-the-spot assessment.

The report said the team subsequently invited the project consultant architect, a member of the Imo NIA chapter, together with his structural engineering co-consultants to meet privately with the Imo ARCON and NIA team to explain their roles in the mayhem.

It stated, “On being given the opportunity to explain their role, he (consultant) introduced his team to include two structural engineers who confirmed that they were COREN-registered and participated in the pre and post-contract consultancy of the project.”

The report stated that in the submissions by the consultant and his engineers, they said their client requested that they should design a six-storey hotel complex on the land.

“The consultant architect also informed the meeting that the client earlier requested the consultants to carry out the tender process which they embarked on by selectively inviting reputable contractors known to them and even pre-qualified them.

“Only for the client to turn around to impose a contractor on the project, who according to him happens to be his friend from Lagos.”

The consultant architect, according the report, told the meeting that while they were still negotiating the post-contract supervision fees with the client, the contractor moved to site and commenced the foundation works up to ground floor level.

“When they were finally engaged, the structural consultants requested the built foundation details and insisted on an integrity test which was resisted by the client and contractor and was not done, because according to them, (was) due to cost implications,” the report stated.

It added, “Instead, the contractor presented his as-built drawings which the structural team accepted as workable.

“Furthermore, he explained that the post-contract supervision being a normal supervision, not residency for the complexity of the project, there were a lot of disagreements and discrepancies in the contract.”

The report stated that at the end of the fact-finding private meeting, ARCON and NIA team advised the project consultants to ensure that they backed up all that they relayed to the probe panel with transaction records of their activities as consultants to the collapsed building project.

This, it said, was because the information would come in handy during the enquiry of the investigating panel when constituted by the government and other regulatory bodies.