Bandits: Nnamdi Kanu criticizes the Navy for relocating the Institute to Kano 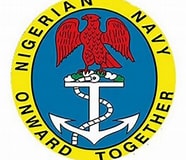 The leader of the Indigenous People of Biafra (IPOB), Nnamdi Kanu has slammed the Nigerian Navy for moving an institute to Kano instead of a state with the sea.

Naija News reports that following the increase in bandits attacks, the Chief of Naval Staff, Rear Admiral Awwal Zubairu Gambo, had agreed to move the Desert Warfare Institute to Kano.

This was disclosed by Rear Admiral COR Ezekobe, Chief of Policy and Plans, Nigerian Navy, when he led a delegation to Governor Abdullahi Ganduje at his office in Kano on Wednesday to brief him about the development.

Reacting in a post on his Twitter page, Kanu wondered how the navy, trained to combat enemies from the sea, would now end up in the desert.

According to the IPOB leader, one of the worst calamities ever to befall any man, is to be born a Nigerian.

“TRUTH remains that one of the worst calamities ever to befall any man or beast, is to be born a #Nigerian,” he tweeted.

“For 60 whole years, no stable electricity, no running water, cows roaming the streets, now NAVY in the desert.

Speaker further, the pro-Biafra activist warned that Nigerian may soon take over from Afghanistan and Iraq to become the highest-ranked in the world’s terrorism index.

“NIGERIA now ranks 3rd amongst nations most impacted by terror, behind only Afghanistan and Iraq,” Nnamdi Kanu said.

“With the military buildup in the East and its dalliance with terrorists, it won’t be long before Fulani-Nigeria take the No. 1 position.”

0 comments on “Bandits: Nnamdi Kanu criticizes the Navy for relocating the Institute to Kano”