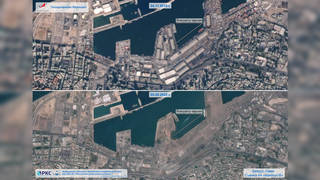 Never has the trite cliche about a picture painting a thousand words been more true than stunning before-and-after satellite images, snapped by Roscosmos, which capture the utter devastation caused by the Beirut port blast.

The first photograph, which was taken last November, shows a collection of large warehouses on the waterfront of the Lebanese capital. Densely packed buildings can also be seen sprawling down towards the sea, with a warren of tight streets running between the city’s main arteries.

In the shocking fresh photo, snapped by the Russian space agency in the aftermath of Tuesday’s horrific explosion, barely any trace of the warehouses remain.

Only the shadows of the former buildings can be seen on the scarred cityscape, as if the large depots were rubbed out with an eraser. An enormous hole can also be seen on the pier at the epicenter of the explosion. 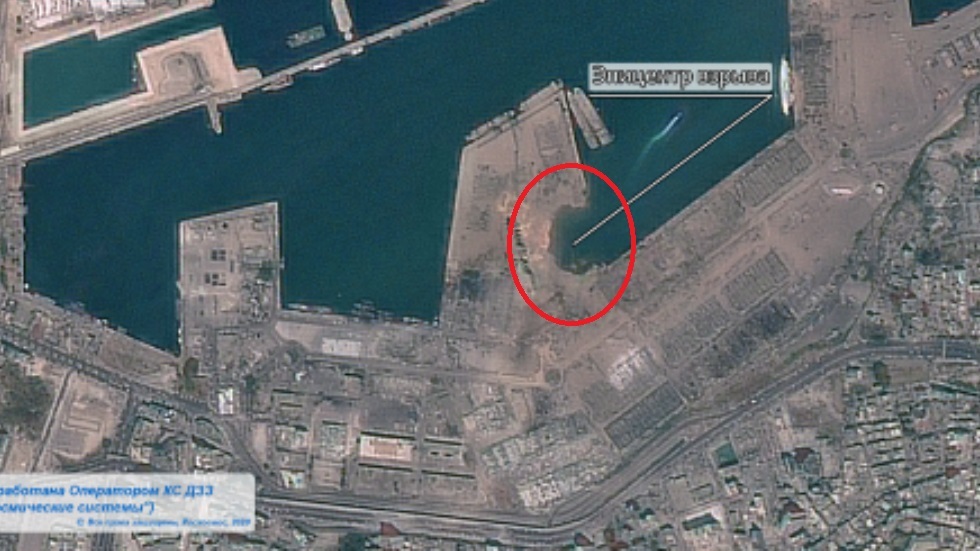 Numerous smaller buildings in the vicinity of the blast zone were also heavily damaged, or completely destroyed, by the extraordinary detonation which claimed over 100 lives and left thousands of people injured.

On Wednesday, rescue workers continued to trawl the wreckage of countless buildings, searching for survivors. President Michel Aoun said that 2,750 tonnes of ammonium nitrate, used in fertilisers and bombs, had been stored at the port since 2014 without safety measures.