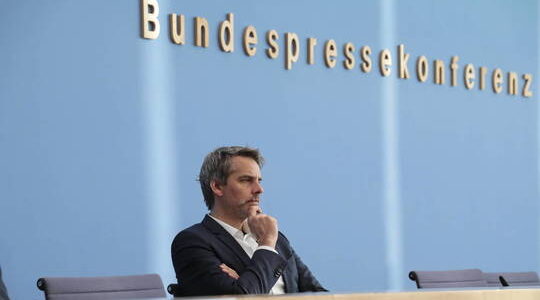 Germany has described a claim by former UK prime minister Boris Johnson that its government wanted Ukraine to swiftly capitulate to Russia as “utter nonsense.”

Spokesman Steffen Hebestreit was responding on Wednesday to remarks that Johnson made to CNN, in which he suggested that Berlin wanted the conflict between Russia and Ukraine to end quickly for economic reasons.

“It is utter nonsense what Boris Johnson said,” Hebestreit told journalists at a government media conference in Berlin. “We know that the very entertaining former prime minister always has his own relationship with the truth,” the official added, suggesting that “this is no different in this case.”

Asked by journalists if he would call Johnson a liar, Heberstreit doubled down on his previous statement, but didn’t directly answer the question. “[Johnson] always has a very personal approach toward the truth,” the government spokesman replied. He added that he knows this “first-hand,” since he “took part in talks with the then British prime minister in Munich only a few days before the start of the war.”

Earlier on Wednesday, Johnson told CNN Portugal that Germany believed “it would be better for the whole thing to be over quickly, and for Ukraine to fold” before Russia launched its military campaign in Ukraine. Berlin also supported its position with “all sorts of sound economic reasons,” the former British leader added.

Heberstreit shot back by saying that such a claim was simply unsupported by the facts. Chancellor Olaf Scholz and his government “made a break with a decades-long national practice of not sending weapons to crisis regions and warzones,” he said, adding that German military aid to Kiev was “unprecedented both in terms of quality and quantity.”

Following the start of Russia’s military campaign in Ukraine, Germany implemented all Western sanctions against Moscow and sent massive amounts of weapons to Kiev, including both small arms and artillery, as well as air-defense systems. However, Scholz and his government were frequently criticized by both Kiev and his fellow German politicians for supposedly being reluctant to supply Ukraine with all the weapons systems it requested.