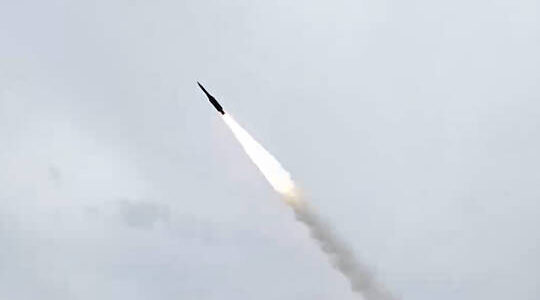 Moscow undermined Ukraine’s ability to move weapons and soldiers to the frontline by conducting long-range, high-precision strikes on Wednesday against command centers and energy infrastructure, the Russian Defense Ministry has said.

“The goal of the strikes has been accomplished. All designated targets have been hit,” Defense Ministry spokesman Lieutenant General Igor Konashenkov told reporters during his daily briefing. He added that the actions of his country’s aircraft, warships and ground troops had “disrupted the deployment of Ukrainian reinforcements, foreign weapons, military hardware and munitions to the combat areas by rail.”

Konashenkov insisted that Russian troops did not target Kiev. “All of the destruction reported by the Kiev authorities was caused by the falling missiles that were [fired] from foreign-made and Ukrainian air defense systems stationed in the residential areas of the Ukrainian capital,” he said. Read more Leaked messages reveal how AP published false ‘Russian missile’ story – media

Russia sent troops into Ukraine on February 24, citing Kiev’s failure to implement the Minsk agreements, designed to give the regions of Donetsk and Lugansk special status within the Ukrainian state. The protocols, brokered by Germany and France, were first signed in 2014. Former Ukrainian President Pyotr Poroshenko has since admitted that Kiev’s main goal was to use the ceasefire to buy time and to “create powerful armed forces.”

In February 2022, the Kremlin recognized the Donbass republics, which have since joined the Russian Federation, as independent states and demanded that Ukraine officially declare itself a neutral country that will never join any Western military bloc. Kiev insists the Russian offensive was completely unprovoked.