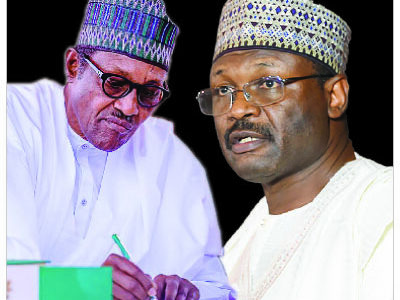 The meeting resolved that there is no need for another labour strike in Kaduna.

President Muhammadu Buhari has met with the Chief of Staff to the President, Ibrahim Gambari, and the Minister of Labour and Employment, Chris Ngige, on the security crisis in the South-east region and the labour crisis in Kaduna state.

The meeting held at the Presidential Vlla in Abuja on Sunday.

Speaking with State House correspondents at the end of the meeting, Mr Ngige said it resolved that there is no need for another strike action in Kaduna State.

PREMIUM TIMES had reported how the leadership of the Nigeria Labour Congress (NLC) wrote Mr Buhari that the Kaduna State government refused to comply with the terms of Agreement reached between the two parties brokered in April.

Recall that the Federal Government through the Minister of Labour and Employment met with both parties to seek the suspension of the warning strike against the decision of state government to rightsize.

“We also looked at the Kaduna State government/Nigeria Labour Congress imbroglo. We have arrested the strikes, we have apprehended them and formed committees for the workers through the NLC and the Kaduna state government so that they can do some social dialoguing and reconciliation through that route.

“And we are following up with dialogue which at the end of the day is what will happen. We have to talk, we have to discuss. And part of the discussion starts also tomorrow(Saturday). The Minister of Defence, Minister of Interior and the Service Chiefs were in Enugu earlier last Saturday and we are going to do follow-up meetings on that again starting from tomorrow.

“We briefed him and he accepted that dialogue is the way to go in all these. Like I keep on saying there is a very tin line between perception and reality, so certain things should be done, at least to assuage the feelings of the people in the area and make them not to feel unwanted so that area was also discussed.”