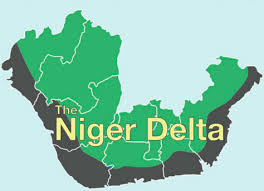 A Niger Delta group, Niger
Delta Accountability and
Development Coalition has
again called on President
Muhammadu Buhari and the
National Assembly to obey
the law establishing the Niger
Delta Development Commission (NDDC).
In a statement by Johnson
Epia, national coordinator,
the group said President Buhari erred by constituting an
Interim Management Committee (IMC) to run the affairs of the NDDC.
It condemned the National
Assembly for considering
and passing the budget prepared by the IMC knowing
that the set up is illegal.
The Niger Delta group
said: “The Senate erred abinitio by succumbing to
pressure to allow the illegal
IMC to submit the NDDC
budget proposal to it, which
it also approved, contrary
to its earlier constitutionally justified decision not to
recognise and/or relate with
such Interim Management
Committee, having screened
and confirmed nominees for
the Governing Board of the
NDDC, as prescribed by the
NDDC Act, 2000, as amended.”
The statement said the
NDDC Act did not recognise any form of Interim Management Committee or any
other form of Management
“except as strictly prescribed
in the NDDC Act, 2000, as
amended, particularly sections 2 and 10 of the Act,
which are the Governing
Board and Management
Committee and whose members must be nominated to
the Senate for screening and
confirmation by the President of Nigeria.”
It said the NDDC Act provides for the president to
“nominate a chairman, managing director, two executive
directors and one person
who shall be an indigene of
an oil producing area to represent each of the following
member states, that is: Abia,
Akwa-lbom, Bayelsa, Cross
River, Delta, Edo, Imo, Ondo,
and Rivers states, and three
persons to represent each of
the non-oil mineral producing geo-political zones.
“Other members are: a
representative of oil producing companies in the NigerDelta nominated by the oil
producing companies; one
person to represent the Federal Ministry of Finance;
and one person to represent
Federal Ministry of Environment. By the provisions of
the NDDC Act, they shall be appointed for a fixed term of
four years in the first instance
subject to the confirmation of
the Senate.”
The group faulted the Senate for recognising or relat- ing with any Interim Management Committee (IMC)
when it had confirmed the
NDDC Governing Board earlier nominated by President
Buhari.
While it welcomes forensic audit in the NDDC, the
group said mandating the
IMC to supervise this is “not
only faulty but appears a carefully planned agenda to ridi- cule President Buhari and the
National Assembly.”
The group accused the
Minister of the Niger Delta,
Godswill Akpabio, of latching onto the “agitation for a
forensic audit to create an
IMC contraption that serves
no particular purpose to the
people of the region.”
It said the audit did not
need the supervision of the
management “let alone an
illegal management committee, else it loses its independence and credibility,”
adding: “No serious audit
requires the management of
the place to supervise it, except, of course, it is an audit
with predetermined boundaries.