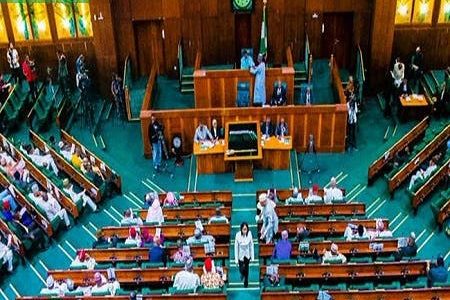 The power play between the Chairman, House Committee on Treaties, Agreements and Protocol, Ossai Nicholas Ossai  and a member of the committee, Wole Oke, assumed a new dimension yesterday, as the committee adjourned to Tuesday, next week.

The committee is  investigating the terms of the $400 million loan the Federal Government is seeking from China for the execution of some rail projects and other loans  obtained by the government.

Ossai, after opening formalities at yesterday’s investigative hearing, announced that the committee would adjourn for one week, to enable members study documents submitted to it by the ministries of Police Affairs and Federal Capital Territory (FCT).

The committee chairman also cited the absence of the Minister of Finance, Zainab Ahmed and her counterpart in the Ministry of Justice, Abubakar Malami, as part of the reasons why it  would have to adjourn to next week, and called for a motion to that effect.

“There is an important office in this country which is part and parcel  of the negotiating team;  that is the ministry of Justice.  Ministry of Justice have been reached.  They need to be part and parcel of this because of the revelation that are coming out now on most of these clauses  and these articles we have seen embedded in the documents. More importantly, we also need the Minister of Finance who is supposed to be here.  Who signed most of these agreements with other countries. We also need the DG of DMO to be here.

“We cannot interrogate other agencies without these bodies being  around. And coupled with the fact  that these documents just arrived,  we are seeking the indulgence of my committee members to be able to look at this issues and probably adjourn for one week to enable us digest this matter, look at this matter and invite the ministers that are here and those of them that are not here,  so that we can be able to conclude this matter as soon as possible and make recommendations to National Assembly. I think  we should adjourn this house for one week,  but I need  a formal motion on it.”

However,  the rivalry between Ossai and Oke  manifested  when the former requested that a member of the committee should move a motion for adjournment.