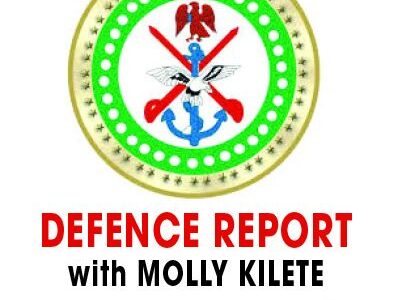 The visit, between June 16 and 19, 2021, afforded the army chief the opportunity to assess the operational and welfare state of the troops. He also visited wounded soldiers in hospitals and assured them of adequate care and support. The hospitals included 7 Division Hospital and the University of Maiduguri Teaching Hospital (UMTH).

He visited the Mechanical Repair Group to inspect the refurbishment of vehicles at the workshop through the use of local resources. He commended the resilience and ingenuity of the engineers and technicians in fixing most of the vehicles that were hitherto classified as “beyond local repairs.”

He lauded the commitment and selflessness of the officers and soldiers and implored them to exhibit “a high level of professionalism and ensure that all the remnants of Boko Haram and Islamic State of West Africa Province terrorists are wiped out in the shortest possible time.”

Chief of Army Staff (COAS), Major General Faruk Yahaya, has charged officers and soldiers of 82 Division, Nigerian Army, to remain selfless and disciplined in carrying out their constitutional responsibilities of protecting the territorial integrity of the Nigerian nation.

He was at the division’s headquarters, Abakpa Cantonment, Enugu, Enugu State, on his maiden operational visit. He said his administration would provide troops with the requisite support, including improved welfare and equipment, to discharge their responsibilities effectively.

He inaugurated a remodelled quarter guard building, which provides office and accommodation for troops on duty.

The GOC expressed commitment to tackle all threats to national security in the South East.

He said the COAS’s visit would shore up troops’ morale.

The COAS also visited the Ground Training Command, Nigerian Air Force (NAF), and lauded the synergy existing between the two services: “Such synergy would sustain the successes of military operations.

“We appreciate the NAF the fantastic job they are doing in support of land  forces in the fight against insurgency and banditry.”

Soldiers of 63 Brigade, Nigerian Army, intercepted a boat laden with 20 bags of illicit substances suspected to be cannabis sativa (marijuana). Assistant Director, Army Public Relations, Captain George Okupe, said the troops were on routine patrol along Asaba-Onitsha waterways when they sighted the suspicious movement of the boat.

He said the suspicion prompted troops to chase the boat to ascertain its contents: “The occupants, on sighting the troops closing up on them, fled into the fringes of the waterways under the cover of darkness and abandoned the boat.

“A search was conducted on the boat, which led to the discovery of 20 bags of illicit substances suspected to be marijuana. Items were recovered and handed over to the National Drug Law Enforcement Agency (NDLEA), Delta State Command, for further investigation.

“The troops are working in synergy with the NDLEA and other security agencies to effectively wade off criminals who trade in illicit drugs using the waterways.

“Members of the public are enjoined to provide useful information on criminal activities to security agencies for prompt response.

Law-abiding citizens are further enjoined to go about their lawful business, while being assured of the protection of their lives and properties.”

The Senate has confirmed the appointment of Major General Faruk Yahaya as the Chief of Army Staff (COAS). The confirmation followed the adoption of the report of the Senate Joint Committee on Defence and Army at plenary on Tuesday.

Presenting the report, chairman of the committee, Senator Aliyu Wamakko, said the committee found the nominee suitable to occupy the position: “The decision was reached given Yahaya’s wide display of in-depth knowledge and experience on strategic tactics of military operations.

He said the nominee was cleared by the Department of State Security Service and presented his code of conduct acknowledgement slip: “The nominee possesses the required academic qualifications to occupy the position of Chief of Army Staff.”

He urged the Senate to confirm his appointment.

Senator Ali Ndume, a member of the committee and chairman, Committee on Army, urged the Senate to confirm the nominee to enable him execute some responsibilities, which he could not discharge in an acting capacity.

President of the Senate, Dr. Ahmad Lawan, said: The presence of all the committee members at the screening of the nominee showed how committed, serious and patriotic the Senate is on the security of the nation. However, the military alone cannot resolve the security challenges. It requires the effort and support of all Nigerians.”

Yahaya was appointed on May 27, 2021, by President Muhammadu Buhari after the death of former COAS, Lt-Gen. Ibrahim Attahiru, in a plane crash in Kaduna, Kaduna State.

The Garrison Commander, 8 Division, Nigerian Army, Sokoto, Sokoto State, Brigadier General Ralph Nnebeife, has called for sustained partnership between the media and the Nigerian Army to curb the security challenges bedevilling the country.

He made the appeal when executive members of correspondents’ chapel, Nigeria Union of Journalists (NUJ), paid him a visit. He said: “The media is indeed one of the lines of operations alternative to kinetic operations.

“That media’s non-kinetic line of operations is very essential that it could be harnessed to, among other things, increase public awareness and persuasions geared towards appealing to the conscience of the masses from which terrorists often draw their recruits and support.

“The masses are also often exposed to mischievous media messages and propaganda from terrorist groups which our media could effectively counter when well deployed.

“I am not a party to ‘no comment’ on issues. I am always ready to facilitate clarifications, confirmations and passion dissemination of right information to the public.

“I, therefore, urge the media not to relent in that effort as the contemporary challenges facing our country requires military media cooperation of the highest standards.

“I charge you all to continue to be our partners in this fight against insurgency by effectively deploying your professional skills and competencies in support of our operations and for the good of our beloved country.”

Nnebeife stressed the need for constant interaction between the military and media for better understanding and synergy.

He said the needed synergy with media and other stakeholders was in line with the vision of the Nigerian Army, repositioned to professionally defeat all adversaries in a joint environment.