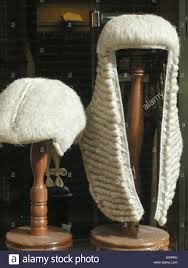 The Federal High Court Abuja on Wednesday fixed June 23 for the hearing of the suit instituted by the South-Eastern group, Alaigbo Development Foundation, against the National Judicial Commission over the appointment of judges to the Court of Appeal.

In suit No FHC/ABJ/CS/347/21, the Incorporated Trustees of the foundation sued the NJC, Federal Judicial Service Commission, President of the Court of Appeal, Federal Character Commission, and the Attorney-General of the Federation as 1st to 5th defendants respectively.

The group asked the court, in its originating summons, to determine whether the defendants can disregard the principle of fairness, due process, and federal character in the appointment of judges to the Court of Appeal, with regards to the South-East Zone of Nigeria.

It also asked the court to determine whether the South-East was not entitled to three slots in the ongoing appointment of judges to the Court of Appeal to fill up the vacancies that were caused by the elevation, retirement, and death of the three justices of the Court of Appeal from the zone.

The group prayed the court to declare the actions of the NJC, FJSC, and the President of the Court of Appeal as unjustifiable and unconstitutional for only allocating one slot to the South East.

It also prayed the court to declare that the zone was entitled to three slots in the ongoing appointment exercise and restrain the defendants from continuing with the exercise until the South East is accorded their rightful slots.

As the matter came up for mention on Wednesday, Justice Inyang Ekwo, stated that he had ordered for accelerated hearing of the case at the previous proceeding and had ordered the plaintiff to serve the 1st, 2nd, 4th, and 5th defendants whose proof of service were not in the court’s file.

plaintiff’s counsel, Max Ozoaka, informed the court that he had obeyed the order of the court and served the parties accordingly.

However, Ozoaka told the court that he was served with the processes of the 1st to 3rd defendants on Tuesday as the courts resumed after the strike action embarked on by the Judiciary Staff Union of Nigeria. Thus, he asked the court for five days to enable him look at the processes and file their reply.

The counsel to the 1st defendant, Paul Usoro, SAN, told the court that they were briefed on the matter just before the strike and so were only able to file and serve their notice of preliminary objection, counter affidavit, and written address on Tuesday.

The counsel to the 2nd and 3rd defendant, Yakubu Maikyau, SAN, also blamed the strike for being responsible for the time they served the plaintiff their processes.
Justice Ekwo declared that the court was bound to obey its order on accelerated hearing and granted the plaintiff’s application for adjournment.

The 4th and 5th defendants and their lawyers were absent in court.