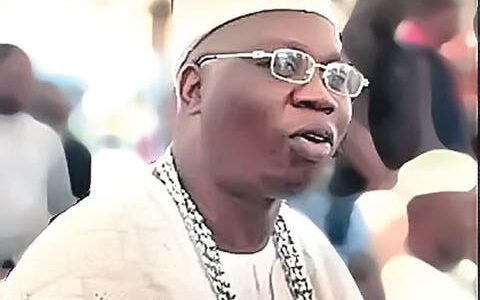 Aare Ona Kakanfo of Yoruba land, Iba Gani Adams, has written a strongly- worded letter to the global community, calling on them to intervene and stop the protracted killings across the South-West region of the country, even as he warned that failure to act urgently could have a negative effect on the rest of the world.

Iba Adams made this call in a letter signed by him and titled: “Urgent need to stop killings by Fulani herdsmen in Yorubaland,” and addressed to the Secretary-General, United Nations (UN), Chairperson of the African Union (AU), Secretary of State, United States (US), the British Foreign Secretary and the European Union (EU) and the Member States.

Other organizations and countries that had received the letters include; the Economic Community of West African States (ECOWAS); Embassies, including those of Germany, Canada, Italy, Japan, Holland, Sweden, South Africa, Ghana, Togo and the Benin Republic, among others.

“Your Excellencies, if something urgent is not done, these series of attacks will soon have a negative effect on Western countries’ investments in Nigeria,” he warned.

Adams, in the letter, expressed concern over the spate of insecurity in the country, saying it was “a clear and present danger threatening the fragile union of our great country, Nigeria.”

The Yoruba generalissimo sadly noted that the senseless killings and massacre of Nigerians on a daily basis were tragically sliding toward an anarchical terminal point, adding that the peace, stability and tranquillity of Yoruba people in this geographical space were being tested by those he described as blood-thirsty maniacs Fulani herdsmen, through invasion of the South-West region.

This was just as Adams lamented the very poor attitude of the Federal Government, which he said was already compounding an already gory situation on the ground, pointing out that the letter was all about alerting the global community “that an agenda bordering on pogrom is gradually being executed in Yorubaland.”

“This is to bring to your attention ‘a clear and present danger threatening the fragile union of our great country, Nigeria.

“Senseless killings and massacre of Nigerians, almost on a daily basis, are tragically sliding toward an anarchical terminal point.

inability or apathetical attitude of the Federal Government, pitiably as it is, is already compounding an already gory situation.

“While you already know, through diplomatic sources and the media, what is going on in the world’s most populous black nation, Nigeria, I want to urgently alert you that an agenda bordering on pogrom is gradually being executed in Yorubaland,” Iba Adams said.

He said it was the duty of the global community to intervene and address the issue in a holistic manner, adding that statistics of prominent Yoruba people who had been murdered by these killer herdsmen and their collaborators had

increased by the day, while those kidnapped had had to pay huge sums of money to secure their release from the kidnappers who he described as conscienceless, unscrupulous and ruthless murderers.

He said the agitation for those Fulani herdsmen involved in the unholy act to leave Yoruba land had reached an alarming crescendo but pointed out that the support those involved enjoyed from the Federal Government while they continue to lay claim to the fact that “nobody can chase anybody away from any part of the country,” was not helping matters.

According to Yoruba generalissimo, the invasion of Igangan, in the Ibarapa area of Oyo State on June 6, 2021, by these herdsmen, leading to the death of scores of residents seemed to be the last straw, urging the global community to urgently intervene as earlier they do so the better.

“The invasion of Igangan, a rural community in Ibarapaland, Oyo State on June 6, 2021, leading to the massacre of scores of residents by these same band of roving killers, who prefer to stay in the forest because of their murderous intent, seems to be the last straw,” Adams said.

The patience of our people seems stretched to full limit because no one is safe anymore. If not for the sake of conquest and murderous greed to grab land – as it is being done in Benue and some states in the North– what, I pray, will propel anyone or a group of killers to attack innocent residents of Igangan in the night, shooting them dead while sleeping? he queried.

Iba Adams pointed out that in the Igangan attack, the herdsmen burnt down the Oba’s palace several houses and a petrol station, recalling that he vowed to defend Yoruba people anywhere they may be in the world when he was installed as the Aare Ona Kakanfo of Yorubaland by the Alaafin of Oyo, Oba Lamidi Adeyemi 111.

He said it was on this basis of “the psychopathic killings going on in our land that I’m writing this letter to you to please intervene in this murderous quagmire.”

“We have a situation in which the Federal Government appears overwhelmed and is fast losing grip of its constitutional mandate to protect the land.

“Obviously, Nigeria is on the precipice, cascading downward in a dangerous and suicidal manner.

Words of wisdom seem to have taken flight.

0 comments on “Insecurity: Gani Adams writes UN, AU, US, others”