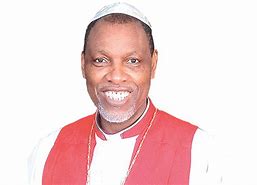 The Primate of the Church of the Lord (Prayer Fellowship), Archbishop Rufus Ositelu, tells TOFARATI IGE about his experience as a church leader, restructuring, fiscal federalism and other national issues

What are your thoughts on the recent #EndSARS protests by youths?

Firstly, young people were expressing their God-given and fundamental human rights. Secondly, the primary duty of any government is to protect the lives and property of its citizens. But unfortunately, some of those in power behaved as if we were still living under military dictatorship, which led to the loss of many lives and looting.

What do you think about the way the issue was handled by the government?

The government initially handled the situation with caution but ended it very badly, and it resulted into chaos and looting.

What are your thoughts on the looting of palliatives in several parts of the country recently― on the side of the government that did not distribute the palliatives at a time of widespread hunger and on the part of the masses that stole the items?

The masses eventually took what belonged to them, but in a way, that was expected despite the government’s negligence and lack of compassion.

What do you think about the plan by Nigeria to supply electricity to Chad Republic?

All the major religions teach us that we should love our neighbours as ourselves, but not to love one’s neighbour more than oneself. How can a country that cannot sufficiently supply the electricity needs of Lagos State, which is just one out of many states in the country, be planning to supply electricity to another country? That is beyond rational thinking.

You have repeatedly called for the practise of proper federalism in Nigeria. In what ways do you think that would solve the problems of the country?

Fiscal federalism is the antidote to many woes confronting Nigeria. With federalism, there will be justice, equity and better security. For instance, there will be regional/state policing, and men and women in uniform will hardly commit any atrocity because they would be well known in their communities. But when you bring security personnel from another region to secure a strange environment, then the ‘I-don’t-care’ attitude would come in as they would not fear the consequences of their actions. Furthermore, there would be less or no agitation, and if at all there would be something like that, the agitators would not be willing to damage any infrastructure in their region as that would damage their regional economy. For instance, the Niger Delta militants do not care about the infrastructure in their region because they are of no benefit to the region under the present centralised unitary system.

Yes, I fully support the call for restructuring of Nigeria― geographically, politically and economically. I believe five regions will be proper for the country― North, Middle Belt, South-West, South-East and Niger Delta.

What are some of the lessons you think Christendom in Nigeria should learn from the COVID-19 pandemic?

The COVID-19 pandemic is a good lesson to all religious organisations. It has also made a lot of things we thought were impossible rather possible.

Some people are of the opinion that virtual (online) services are not as impactful as physical church gatherings. What do you think about that?

Virtual worship service is good but not the same as physical worship. However, they are both acceptable in the sight of God.

Many church leaders have spoken against the Companies and Allied Matters Act. What are your thoughts on it?

Do you think churches should be taxed?

No. Religious organisations should not be taxed because they are charities. For instance, they (churches) performed better than the government during the COVID-19 lockdown.

You lived in Germany for a long time before relocating to Nigeria. What are the differences between how churches are run there and in Nigeria?

Churches in Germany and other Germanic countries are unique. For instance, the tithes of Christians are deducted right from their gross income every month. The government also assists the churches in their charitable activities, such as the running of hospitals and schools.

Why do you think other Christians often discriminate against ‘white garment’ churches?

Some Christians discriminate against other denominations due to lack of biblical knowledge. For instance, a particular denomination discriminates against the Roman Catholics and white garment churches but such denominations are largely responsible for the decay in society because their focus is on materialism instead of Jesus Christ. Many of them lead the innocent congregants to themselves instead of Christ Jesus. Most of the atrocities committed by Christians today all over the world, are committed by such people, especially in Africa.

Do you think religious leaders such as yourself are doing enough to speak truth to power?

In the past, you canvassed for the creation of state police. What do you think of the Western Nigeria Security Network, popularly known as Amotekun?

Amotekun is a good formation and should only be seen as the right step in the right direction. Under federalism, every region should have its own security outfit.

Nigeria turned 60 recently. Do you think anything is worth celebrating in the country?

Unfortunately, there is nothing worth celebrating. Under normal circumstances, no one celebrates backwardness. At 60, Nigeria is still a crawling baby. In the 1960s, the Western Region of the country was doing things that were the firsts (unprecedented) in Africa, which truly made us proud as Nigerians. What have we done in the last 50 years that was unprecedented in Africa?

In what ways do you think tribalism can be curbed in Nigeria?

Tribalism can be curbed through justice, equity and sincerity of purpose. By practising true federalism, meritocracy and fairness, we would be on the right course. We do not need to invent a new political system. All we need to do is adopt the Swiss political system, which gives recognition to every region in the country. It is a good model for Nigeria as Switzerland has three major tribes. Due to the justice, equity and fairness built into their system, the country has been existing in peace and progress.

In what ways do you think religious leaders contribute to religious intolerance and violence in the country?

Many clerics have been accused of manipulating their congregations in order to get more money from them. What do you think about this?

Unfortunately, many churchgoers are not Christ-centered, but man (pastor) centered. This has made many to become gullible to different types of manipulations. I hereby advise every religious adherent to read the Holy Book and meditate on it all the time.

TCLPF was planning to establish the Divine Grace University. What is happening to the project?

The university project sponsored by the church is on track. Man can only delay but cannot deny. The Lord God Almighty is still on the throne and will forever be.

How would you assess the President, Major General Muhammadu Buhari (retd)-regime’s fight against corruption?

The fight against corruption is ongoing, but not optimal. This is evident in what is going on in the Niger Delta Development Commission, Nigerian National Petroleum Corporation and other government agencies and services.

The level of insecurity in the country seems to have increased. What do you think can be done to tackle this?

Like many other woes facing Nigeria, proper federalism is the answer to insecurity in the country. This includes state/regional policing. No one would like to destroy the economy of their region or state.

Do you support the call by some people for more Christians to get involved in politics?

Yes. If good people abstain from politics, then bad people will be elected into public offices. Therefore, everyone should be involved in politics.

Nigeria is a very religious country, yet has been described as ‘fantastically corrupt’. Where do you think the disconnection comes from?

The country needs reorientation. Many Nigerians are too conscious of money and material things, therefore, anything goes. Only wealth matters to them. As a religious country, we have to shift our focus away from materialism to God’s moral standards.

You have written about 47 books, journals and articles. What is the main message you aim to pass in your writings?

My main message is that people should serve God in truth and spirit, and believe in Him wholeheartedly. Whatever we do should be done with all our hearts, minds and powers to the glory of God. Whatever things are true, noble, just and of good report are what we should meditate on.

Do you feel fulfilled as an author?

To some extent, yes. I am currently working on two projects. I hope that the two books will be published in the next two or three years. I will be satisfied after the publication of those two books.

You have two PhDs― in Religious Studies and Computer Science. Do you have plans to add a third one?

To God alone be the glory. Right now, I have no concrete plan to study another academic subject, but who knows tomorrow?

You worked as a computer scientist in Germany. In what ways did your corporate career help you in managing the affairs of the church?

My career as a computer scientist and my social activities truly got me prepared for the leadership role of an organisation like our covenant church. It is quite a blessing to the church and I give God all the glory.

What are your most memorable moments of leading the church?

The opportunity to bring the church to the limelight and to develop the organisation spiritually, physically and materially, which are evident for all to see. Those are my memorable moments.

What are your unfulfilled visions for the church?

The work of God is not static but progressing. The church is evolving and moving forward. I still have many visions for the church and I am very hopeful that they will all be fulfilled gradually by the grace of God.

0 comments on “#EndSARS protests led to deaths, looting after some leaders behaved like dictators — Primate Ositelu”