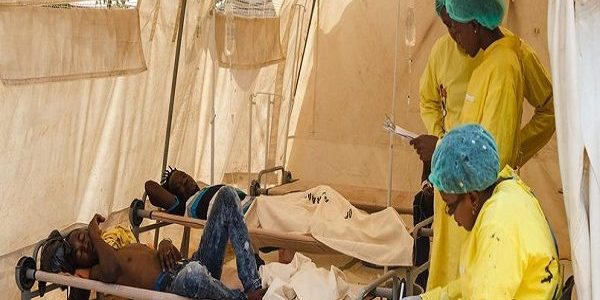 Five persons are feared dead after cholera outbreak hit about 10 communities in Delta and Bayelsa states.

They urged the Federal Government to investigate and sanction the polluters, and stop their hardship.

High Chief Augustine Seibi, who led other leaders to a meeting at the weekend, said: “Some deaths have occurred in several communities because of this pollution. In Sokoh, for example, we lost three persons (Johnson Pabebe, Adoere Epreyofie, and Pa Ogbuma Ingologolo).

“They died of cholera, which resulted from the polluted water we drink and dead fish.  That is why we need a cottage hospital and government’s intervention to allay the hunger and hardship facing us.”

Seibi said the communities had reasons to believe oil companies were responsible for the pollution.

“It is their explorative activities, as in most oil spills, that could contaminate the waters occasioning the death of fishes and other aquatic organisms.