FRSC can impound vehicles on all public roads, court rules 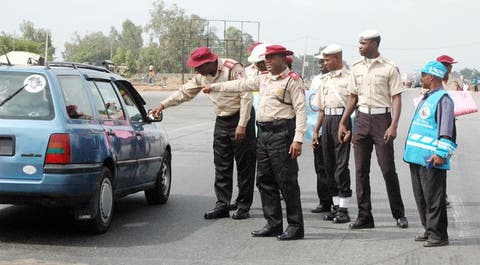 The Federal High Court in Abuja has affirmed the powers of the Federal Road Safety Corps to enforce traffic laws on all public roads in Nigeria and impound violators’ vehicles.

Justice Anwuli Chikere made these declarations in a judgment she delivered on Wednesday.

The plaintiff, who said he was apprehended by the FRSC operatives at ECWA Junction, Wuse II, Abuja and impounded his Peugeot 306 car on May 6, 2019, alleged that FRSC lacked the power to enforce traffic law on the road not stipulated in the FRSC (Establishment) Act.

But delivering judgment in the suit on Wednesday, Justice Chikere held that “It is wrong to limit the enforcement of the traffic rules to the roads listed in the Federal Road Safety Corps (Establishment) Act when the Act gives the 2nd defendant (FRSC) to enforce the traffic rules on all public roads in other legislations.”

She also ruled that FRSC is by the Act “empowered to arrest and prosecute anybody found to violate traffic rules on any public road”.

She also ruled that by virtue of “section 35 of the FRSC Act, the 2nd defendant can impound any vehicle found to have committed any offence in the Act”.

On the propriety of arresting the plaintiff for using phone while driving, Justice Chikere ruled that the plaintiff did not deny making call or using the phone when he was arrested.

She noted that he only made an “afterthought” denial after the defendants -the FRSC and its official – filed a counter-affidavit in opposition to his suit.

She added if he was sure that the defendants “manufactured facts against him, he should not have paid the fine”.

“The fact that the plaintiff paid the fine, implies that he admitted committing the offence,” the judge ruled.

0 comments on “FRSC can impound vehicles on all public roads, court rules”