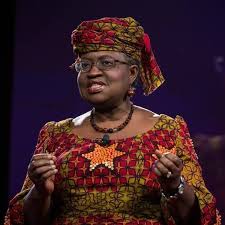 Dr Ngozi Okonjo-Iweala on Wednesday in Geneva stressed the need for the World Trade Organisation (WTO) to elect a credible candidate based on merit for the position of Director-General.

Okonjo-Iweala  who is among the eight candidates vying for the position, stated this while answering questions from newsmen at a press conference held shortly after her presentation to the WTO General Council.

“ Choosing a Director-General for WTO should be on merit. The best person should be chosen to lead an institution that’s having challenges “

“ These bundles of qualities in addition to my leadership quality is what I’m bringing to the WTO” She added.

According to her,  E-Commerce and digital  Economy are vital forms of trade especially in the wake of the coronavirus pandemic.

However, she said, there was need to address the challenge of digital divide in developing and least developed nations – where infrastructure remained a major impediment to such form of trade.

Similarly, she emphasized the need to strengthen MSMSE – a vital part of global economy which was adversely affected by the pandemic.

In the same vein, the former Finance Minister, also said that in tackling Covid-19, if elected as Director-General, she would ensure that vaccines are accessible to poorer countries.

“ When vaccines becomes available, there will be allocation criteria that will ensure that it’s accessible to all” She stressed while noting that she will bring her experience as Chair of GAVI, the Vaccine Alliance board  to bear.

Other issues addressed by Okonjo- Iweala include fostering relations among member countries to rebuild trust on restoring consensus decision making- in other to strengthen the WTO.

Alongside Okonjo-Iweala , are  candidates from Mexico, Egypt, Moldova, Republic of Korea  , Kenya, UK and Saudi Arabia vying for the WTO Director General position.