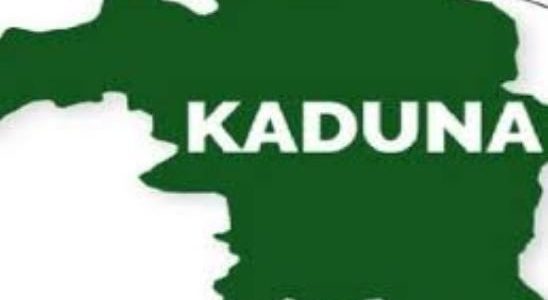 The Hausa-Fulani and Muslim community of Southern Kaduna has debunked carrying out genocide against Christian natives.

They also said they were neither minority nor settlers in the area.

They lamented facts have been distorted for too long against them in the ongoing killings in Southern Kaduna.

According to them, ‘Christian militia’ of Southern Kaduna have grand plan to eliminate Muslims from the area.

Addressing reporters on Sunday, the Hausa-Fulani community under the auspices of Coalition of United Muslim Group, Kaduna State, Muslim Youth Foundation of Southern Kaduna, Nasihatu Ahlizzaman Southern Kaduna Muslim Forum and Zumunta Youth Development, Kasuwan Magani, said Muslims constitute 40 percent of the population while the Hausa-Fulani are the majority of the about 30 tribes that make up Southern Kaduna.

Imam Kafanchan however asked Kaduna Assembly to enact a law stopping Hausa-Fulani from being referred to as settlers in Southern Kaduna.

He also called on the State Government to create Chiefdoms for them in places like Kasuwan Magani, Kachia and Zango Urban, which he said were founded by the Hausa-Fulani.

According to him: “The area has about thirty (30) ethnic groups in the eight LGAs that make us Southern Kaduna, among which include: Hausa- Fulani, Jaba (Ham), Atyap (Kataf), Kadara (Adara), Baju (Kaje) in addition to Nigerians from other part of the Country. The Muslims constitute about 40% while the Christians have 60% of the population.

“Most of the major towns in Southern Kaduna were founded by Hausa Fulani for example, Zango, Kachia, Unguwan Rimi, Zankuwa, Kagarko, Jere and Jama’a (Kafanchan).

“Hausa Fulani are the largest single tribe in Southern Kaduna. In spite of this, they are always targets or victims of circumstances.

“The Muslims are always referred to as settlers while it is historically on record that Southern Kaduna was founded by Fulani tribe called KACHECHERE.

“It is important to note that by immigration the tribes in Southern Kaduna migrated from other part of the Country. Some came in the morning, some in the afternoon and others in the evening.

“For instance, the Bajju or Kaje migrated from Bauchi, Atyap (Kataf) migrated from Kargi – the East part of Zaria; Kaninkon and Kagoma from Taraba; Jaba and Koro from Kano etc.

“It is also on record that, the ancient town of Kauru and Kajuru were as old as Zaria city founded by Hausa-Fulani.

“While Jema’a emirate was founded by the Hausa-Fulani in 1810, Zango town which was also founded by Hausa-Fulani, has been in existence right from West African Trans Sahara trade.

“Kagarko and Jere were also founded by the Hausa-Fulani as well as Kachia.”

While tracing the history of crises in Southern Kaduna to 1981, Imam Kafanchan said the 2011 post-election violence, which led to the killings of over 2,000 persons, many of them trans-human herdsmen, metamorphosed into subsequent skirmishes and recent conflicts in the area.

0 comments on “Hausa-Fulani: Were original owners of Southern Kaduna”