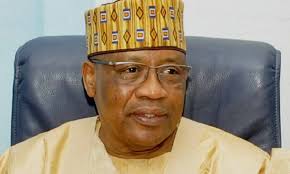 The Chairman of the forum and Governor of Plateau, Simon Lalong, felicitated with the elder statesman in a message by his Director of Press and Public Affairs, Dr Makut Macham, on Sunday in Jos.

Lalong described Gen. Babangida as a loyal and patriotic Nigerian leader, who had continued to serve the nation with passion.

He said the former military president had over the years made sacrifices toward the unity, peace and progress of Nigeria and also impacted the political landscape by offering wise counsel, particularly on critical national issues.

“As you clock 79, we cannot forget your contributions to the human and infrastructure development of Nigeria as well as in mentoring of many persons who are today serving Nigeria in different areas,” he said.

The chairman said the Northern Governors would continue to benefit from Babangida’s wealth of experience in tackling some of the challenges facing the region.

He urged the former military president not to be tired of availing the nation his reservoir of knowledge for its progress, and wished him good health, God’s protection and personal fulfillment.