How Umahi was made governor after Elechi denied him ticket – Chief Obasi, ex-APGA scribe 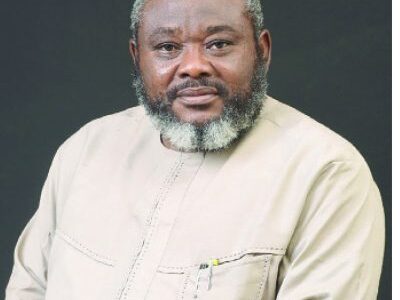 Former Deputy National Secretary of the All Progressives Grand Alliance [APGA], Chief Jerry Obasi, has accused the Southeast governors of not making reasonable efforts to protect Ndigbo. Referencing the shootings at Emene, Enugu State, which left some Igbo youths dead, Obasi said that he was disturbed by the governors’ silence on the ugly development. He also spoke on other issues of national concern. Excerpts…

How would you react to President Muhammadu Buhari’s 60th independence anniversary speech; especially where he accused former Presidents Obasanjo, Yar’Adua and Jonathan of destroying Nigeria?

The broadcast is that of a leader who never had clear cut programmes and agenda on how to govern. It is also very clear that the APC-led Federal Government as presently constituted is a group of confused people and sadists who are actually paying Nigerians in a very bad coin. You cannot compare Nigeria with Niger, Ghana, Chad, and Saudi Arabia because Nigeria is different. The countries you are comparing Nigeria with, considering their GDP, are far better. The essence of leadership is to better the lots of your citizenry and not to come and leave them worse than you met them and start giving excuses of what Obasanjo, Yar’Adua and Jonathan did. With comparative analysis, these former presidents Buhari mentioned were far better leaders than Buhari. By the president’s broadcast, fuel is now over N161 per litre, which is a far cry from the N160 Nigerians cried about. It is quite unfortunate that this is the kind of leadership that Nigerians are enjoying from President Muhammadu Buhari and his cabinet. This is one issue too many. Comparing the three previous presidents and himself is like one comparing life and death. Look at the wanton level of insecurity in the country and you’re telling us about the amount of money you have spent on security. Is it not shameful that Buhari will open his mouth to mention security? All the corruptions we have today that are at their worse are all under Buhari’s watch. Buhari’s anti-corruption activity is just a smokescreen. The level of corruption under Buhari’s government is unprecedented; it is unseen in any government in the world.

I have never seen a body as weak as the South East Governors’ Forum [SEGF] in my existence. The leadership of the SEGF has obviously shown that it is working for a particular region outside of the Southeast. Such thing can only happen in the Southeast. In the Southeast, we have no leadership. The Ohanaeze under the watch of Chief Nnia Nwodo; well, they have been moving back and forth; they have not been consistent so to say. But lately, they have been a little proactive in terms of the protection of the Igbo, especially with regards to the 2023 presidency where they have clearly made a pronouncement that they will join the IPOB in the struggle for a Biafra Republic if the presidency is not ceded to the Igbo. I am, however, of the opinion that the Igbo would need to also canvass leadership because leadership is not donated to anybody. But it is proper for the Igbo to be given the presidency. Suffice to say this; people were on their own, holding their meeting. You now went there, shot and killed over 30 youths and their only offence was that they are Igbo people. So, every Igbo is now a member of the IPOB? So, Igbo people no longer have right of association? So, Igbo have no right to peaceful assembly? Don’t also forget the fact that Ndigbo are known to be holding meetings on Sundays. As we speak, nobody has told us what actually transpired. I also learnt that some of those youths came out to play football and they were peaceful where they were. If the South East Governors’ Forum fails to do anything, I leave it to them. I am happy that they have children and they cannot be governors forever. Even some of them that are behaving this way because they have presidential ambition in 2023 should know that it is only one of them that can be president. But that is if actually any of them can become president. The five of them cannot be president at the same time. But before you can accept leadership of a particular people, in truth, you must have a mind to protect them. Let any of the Southeast governors come out and tell me one thing they have done to show that they have defended those they are leading. And if any of them does so, Obinna, I can never talk to the media again. I will just keep quiet and watch. The only thing they do is to gag the media, harass media people, and send their thugs and assassins to go after people or to use means of force to close people’s shops. Like in Ebonyi, people who have their businesses in their personal buildings, as we talk today, are out of business because they must go to the international market to have shops whether they have money to pay for those shops or not. You are compelled by means of force using arms and other forms of extremism to go to the international market. I thought that trade is a freewill and not by coercion. But today in Ebonyi, that is the situation. And people now are expected to be happy. And tomorrow you’ll blame the National Bureau of Statistics [NBS] for saying that Ebonyi State is the poorest economy. In fact, the statistics of the NBS is not even correct. They are too merciful. If they come out with the actual economic geography of Ebonyi, nobody will come out to make noise about infrastructure. A state is not developed by building flyovers in places where people don’t even live. South East Governors’ Forum’s leadership should dissolve themselves let us know that we have no leadership. As we speak, nothing has shown any form of leadership of any sort outside of the fact that people here in Ebonyi State are oppressed, coerced and they live in perpetual fear, including yourself, Obinna. You barely ran away from Ebonyi because of threats from the leadership of the state. So, it’s unfortunate. I bemoan the leadership we have here.

That brings us to the issue you had with your governor. You alleged that he sent assassins after you. The governor, through his Special Assistant on Media, Francis Nwaze, has also denied your allegations, describing them as false. Have you reconciled with him?

When the governor was denied the ticket by the former governor, Chief Martin Elechi, the first person Chief Umahi called was me, Chief Jerry Obasi, and he explained to me what he had suffered in the hands of his former boss and why he must run for that election. He also pleaded with me to reserve the APGA ticket for him. At that time, I had an interest in running for the same election and I had communicated that to the national body of APGA. When the governor went to Abuja at the instance of Ekweremadu, my brother, Pius Anyim; Arthur Eze and some other Igbo leaders who felt that it was not justifiable enough for people from Ebonyi South not to have their fair share of the state, but when he came back, what Chief Umahi did was to call me on phone and tell me that he was very sorry, that the Jerry Obasi he wanted to call was his brother who was in the House of Assembly. And I then asked him, ‘is that other Jerry Obasi a party chairman?’ ‘Does he have powers to reserve governorship ticket for anybody?’ As we were speaking then he cut the phone. I wondered what Chief Umahi would have lost if he had simply called me to share with me the good news that he has been given (PDP’s) ticket and then, pacify me; even when that had led to the national body issuing ticket to Senator Anthony Agbo, who I ran with as his running mate, just to punish me. My benefits have been constant harassment in the state. All my businesses in the state have been closed by the thugs working for the governor. The pin drop silence of the Inspector General of Police smacks of dereliction of duty. So, I want discreet investigation to be done on that matter.

One may wonder how this problem started to the point that you alleged that he has sent assassins after you. What actually was the bone of contention?

We became critical of appointing illegal bodies into the local governments. We wanted to go to court. We have continued to criticize the bad governance and maladministration of the governor and other activities of his, which he was not comfortable with. And also, before this attempt on my life, I got security information about it and I called one of his boys and sought for a meeting with him to know why it has got to that point. He promised to meet with me on Monday, the following day, but that never happened. That governor’s boy never called me back. Summarily, I have tried to hold the government accountable to the people of Ebonyi State and that is why I am not qualified to live. It is unfortunate.

But in fair judgment, has Governor Umahi done well in Ebonyi? Are your people comfortable with his leadership?

The level of poverty in Ebonyi State is unprecedented. I have never seen that level of poverty in my life. Even those in his government are pretending, but they know the truth. Most of them are my friends. APGA as a political party has contributed more appointees in his government than any other government. Commissioner for Youths and Sports, Charles Akpo-Enika was APGA; Senator Onwe who was former Commissioner for Information was APGA. He ran for Senate under APGA. Prof Odoh, the former Secretary to the State Government, was APGA. Chairman of the Elders’ Forum, Frank Ogbuewu, was APGA. The Commissioner for Women’s Affairs (Ogbuewu’s wife) was APGA. I can go on and on. Most of the governor’s technical advisers and senior technical advisers, though dissolved now, about 70 per cent of them were also former APGA people or current APGA people as the case may be. But in fairness to the governor the level of poverty in the state needs to be reversed. The level of crime in Ebonyi State now is high. Unfortunately, the media have been gagged in Ebonyi. Last time, The Sun reporter, Chijoke, was harassed and detained. The same thing happened to the Vanguard reporter, Peter Okutu. Your humble self was harassed out of the state and you had to run back to your own state, Anambra State. Charles Otu was beaten to stupor, hospitalized for months and he had to run out of the state. I learnt that he has returned now. The Punch reporter, Edward Nnachi, was kidnapped by persons that were clearly agents of the governor even though the police were trying to hide some things. I am also from this state and I have never seen it as bad as this. The truth remains that in the state, the level of poverty is too high. The present international market Governor Umahi is taking glory for was built by former Governor Elechi. The new Government House was also built by Elechi. So, I can go on and on. The state is in trouble. The level of taxation is high. I have closed two of my businesses. Ebonyi people are suffering and all these things have to be looked into.

0 comments on “How Umahi was made governor after Elechi denied him ticket – Chief Obasi, ex-APGA scribe”