I want my leg restored, not compensation – SARS victim 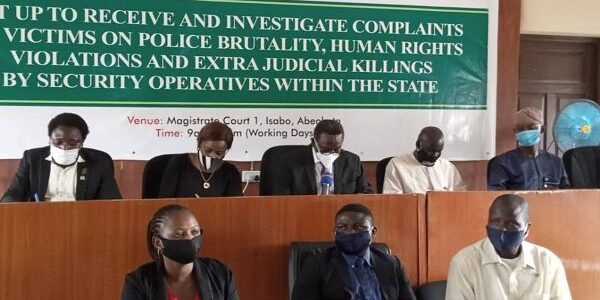 An Ogun resident and victim of stray bullet from a yet-to-be identified police officer in Abeokuta, Mr. Kamol Ganiyu, has pleaded for support to walk again.

Ganiyu made the plea on Monday when he appeared before Ogun Judicial Panel of Investigation set up to investigate complaints of victims on police brutality, human rights violations and extra judicial killings by security operatives within the state.

He said he would like to be able to lead his normal life again.

“I need government’s support because in the x-ray I took, it was revealed that my joint has been damaged by the gunshot and a huge amount is needed to fly me out for adequate treatment,” he stated.

Chairman, Ogun Judicial Panel of Investigation, Hon. Justice Solomon Olugbemi, said 207 medical bill receipts, 8 photographs and a cloth with blood stain were received while the car with bullet hole was also inspected and marked as evidence presented by the petitioner.

0 comments on “I want my leg restored, not compensation – SARS victim”