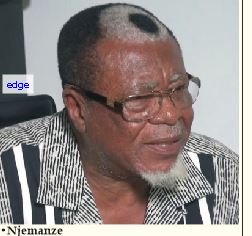 Bob Njemanze who was a member of Nigeria’s Constitution Review Conference of 2014, narrates how he personally inspected former Governor Emeka Ihedioha’s refurbished N187 million Mercedes vehicle and wondered how he was able to acquire such a luxury vehicle when the state was unable to pay salaries and pension in this interview with Chris Njoku. He also speaks on a number of issues, including the N19.63billion Local Government funds allegedly misappropriated under the seven months administration of Ihedioha. Excerpts

Imo State Auditor-General for Local Government Affairs has released an audit report indicating that N19.63 billion of local government funds were misappropriated under the seven months sacked administration of Emeka Ihedioha but Ihedioha said he could only account for N3.7 billion and that ccount for the remaining. What do you former governor Rochas Okorocha should amake of this?

Well, it is unfortunate because I have always warned that the seat of governance is a very sensitive and slippery one. The issue of immunity in that office defers a lot of things and that’s why you find a lot of people after serving as governors, the next occupation is facing trial or alternatively you find them scampering to go to the Senate because they are so scared about the rots committed while in that position. So, whether Ihedioha says what he can account for is N3.7 billion and the rest, Okorocha should account for it, is unfortunate because these are people who go with the appellation of Excellency.

So, when people who felt aggrieved about the removal, by the court of Ihedioha, start threatening, speaking carelessly and recklessly, they are doing so without the recall of the fact that a government is like a moving train, you don’t stay on its way. That would have necessitated the inclusion of Ihedioha’s tenure in the investigation of the misappropriation of the local government funds.

The audit report in the case of Imo State that was sent to the House of Assembly is something that if there were well meaning elders would have held back Ihedioha’s group from threatening Okorocha’s administration because it may be very difficult for them to get out of it. I shouted when Ihedioha and his team developed what they thought was fantastic idea of compelling local governments on receipt of their funds to make available in any guise part of the funds from the local governments for building of secretariats and stadia. You think of municipality like Owerri, we have already had a stadium, good enough for national stadium and it is included in the allocation of funds from local government. Now, in order to create means of spending the fund of Owerri Municipal, they decided to refurbish the Sports Hall in the state stadium.

We, the ordinary citizens, have not been very lucky with our political class. Ihedioha wanted to reenact Ikedi Ohakim’s IROMA. In Ohakim’s case, at least we saw the equipment, we saw the things that were bought with that money even if it was inflated and over bloated, but we saw the earth-moving equipment before Okorocha   came and carted them away. These are things that the current administration will need to ask. Then Ihedioha developed his own idea of re-enacting the supply of IROMA, that’s the agricultural earth equipment and most of the earth equipment were bought in Lagos and an impression was given that the equipment were being imported. These things belong to all of us and so we need to show interest when they are happening.

So, when some people in Ihedioha’s administration were acting like attack dogs, they were not fair to Uzodinma because the buck stops on his desk and that necessitated the need to look into (Ihedioha’s) administration. If you notice, Ihedioha has not said a word because he knows the implication and if they are intelligent, they should be looking for ways to assess the governor so that these issues are not played up in the public domain. I personally went to inspect the refurbished Mercedes luxury vehicle for which N187 million was paid. Ihedioha has enough money to buy such a vehicle for his personal use.

Ihedioha went to court to stop a process of probing or ascertaining the veracity of the alleged misappropriation. What do you say of this?

It is unfortunate. If I were him I won’t go to court. The essence of war is peace. For him going to court to stop the panel from determining the truth of the matter is very unfortunate. If he knows he has done nothing wrong, he should show humility. As I’m here, if I run foul of the laws of the land, I will seek for mitigation.

Some people said they will make Imo ungovernable. Do you see this as being patriotic?

No, it is stupid. Why would you make Imo ungovernable? You cannot say because your ticket is faulty, you say if you don’t rule the state, you will make it ungovernable. That’s stupid and selfish because Imo does not belong to you.  I can reenact for you what has been happening in our political clime to demonstrate to you that we have a political class that is dirty.

If you will remember at a point in time, Ezekiel Izuogu was seen as a very acceptable politician and during a particular election, news filtered that Ezekiel Izuogu was leading with about 10,000 votes, which was imported from Ideato, then his opponent transported 12,000 votes and that displaced Ekeziel Izuogu.

So, it is the same thing that has been happening in our country. For instance, in Imo here, an election result that came in from the same Ideato was shredded and they now reached an understanding to declare the Ideato result only when that of Mbaise comes in. The parties involved agreed and the one from Mbaise came in and superseded the Ideato one. Now, the issue of spread arose, neither the Ideato nor Mbaise one had the spread. But the Mbaise one was leading.

Senator Ifeanyi Araraume insisted that the election was not free and fair; the umpire said it was free and fair. But the entire state, if not the whole country, took exception of perpetrating Rochas Okorocha’s administration in the state. So a run-off that would have been the worst thing that would have taken place was avoided. Everybody conceded even without meeting the spread to take a simple majority and work with it. So, if people can get together and give you such concession, if for any other reason you lose that concession again by your recklessness, why lose sleep?

What is your take on Uzodinma’s civil service reform?

It is two ways. I would advise the governor not to raise the hope of the people about having the money to pay them; he should carry the people along by telling them what the true position is, and they are prepared to suffer deprivation.

The governor still has a lot of works to do. I agree with the governor on the issue of civil service reform. I submit myself totally to a proper check and balance because this place is rotten.