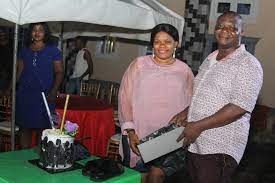 Anambra State Government has distanced itself from any purported preliminary autopsy report said to have been conducted on late Mrs Chidiebere Iloka, wife of Mbazulike Iloka, the suspended transition committee chairman of Nnewi North Local Government Area in the state.

Mr Iloka who was recently appointed as Transition Chairman by the state government, was suspended following allegations of his culpability in the death of his wife. This the state government said, was to enable the it conduct “unfettered investigations” and come up with justice on the matter.

The former Local Council boss had on August 7, 2022 announced on social media that his wife slumped and died.

However, pictures of the wife’s remains taken at hospital which trended on social media showed bruises on her head and other places which raised suspicion that she may have suffered from domestic violence.

In a statement of disclaimer dated August 30, 2022, jointly signed by Sylvia Chika Ifemeje, Commissioner for Justice/Attorney General, Dr Afam Obidike, Commissioner for Health, and Mrs Ifeyinwa Obinabo, Commissioner for Women and Children Affairs, the state government declared that no conclusive autopsy report has been issued by the team of pathologists that conducted the examination.

It gave background into how elder brother of the deceased Chidiebere Iloka (nee Ezenwoye), Uchenna Ezenwoye had on August 12, 2022 through his lawyer, D.O. Ezeonwuka submitted a petition to the Commissioner of Police, Anambra State alleging that his sister was murdered by Mbazulike and called for justice.

The statement further noted that sequel to the petition, the state government given its zero tolerance for domestic violence, “decided to take every necessary step to ensure justice for both the dead and Mr. Iloka.

“We decided to coordinate the autopsy process and invited the families of the deceased and the accused to nominate representative pathologists and each nominated two. The government appointed two, making a team of six.”

It said the group had a meeting on August 16 where it was agreed that the tests result would be processed ready within 2-6 weeks. “Even as at today, 30th August, the result of toxicology is still being awaited.”

The statement revealed that barely 24 hours after the autopsy process begun and samples for laboratory tests taken, the same elder brother surprisingly went and swore an affidavit claiming that the autopsy was already that the pathologists revealed that the sister was not was not killed and that the family has resolved to discontinue the case.

Similarly, the father of the deceased, Chief Emmanuel Ezenwoye was said to have on 19th August 2022, written to the IGP and copied to the Governor of Anambra, Commissioner of Women Affairs, State commissioner of Police, also claiming that his daughter was not murdered or beaten up and urged the IGP to discontinue the case.

The state however, maintained that there is no autopsy result agreed to by the pathologists that conducted the autopsy. “what the pathologist representing the family issued as ‘preliminary’ result remains his personal opinion, and the consultant pathologists appointed by government dissociate themselves from such.

“Why the extreme rush to issue preliminary result or to swear affidavit – all designed to pre – empt the full final report and hence put pressure on other pathologists in the team ?

Second , not all members of the family of Mr. Ezenwoye agree on the confusing and conflicting statements from the family,” it stated.

The statement also revealed that there are threats on the deceased family hence the haste to withdraw the case.

The state explained that since it is a criminal matter which is a against the state it would pursue it to a logical conclusion and ensure that justice is served.

It noted that the action of the deceased family has indeed compromised the integrity of the autopsy examination outcome, and therefore, announced that the government pathologists stands withdrawn.

“Given the unprofessional conduct of pre – emptive issuance of ” preliminary autopsy report without waiting for test results and contrary to rules of conduct agreed to by the team of pathologists the integrity of the autopsy process is called to serious question.

“The Government hereby withdraws the team of pathologists appointed by her from the process.”

On that note, the state charged the police to conduct a thorough investigation on the matter.