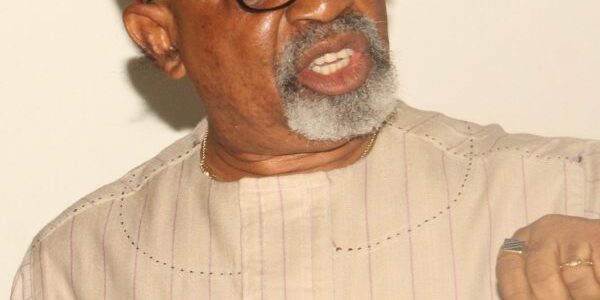 Minister of Labour and Employment, Sen Chris Ngige, has described the authors of a letter addressed to President Muhammadu Buhari by some All Progressives Congress (APC) members in Anambra state as mischievous.

The Minister, who dismissed the letter to the President, described the authors as impostors who are neither members of the party in the wards, much less local government officers.

It added a simple characterisation of the actors behind the letter easily exposes their motive as ill and their claims, baseless, false and mischievous.

In a statement in Abuja by his Media Office, the Minister said while two genuine APC members, whose identities were stolen and signatures forged, Messers Ugochukwu Egbobe and Goddy Offor,  the Anaocha and Ekwusigo Local Government Chairmen of the party respectively have publicly disclaimed the letter, other signatories are phony characters who impersonated  the genuine officers.

The statement said: “They are free-wheeling, wheeler-dealers, hirelings and Trojan horses. They are gatecrashers, perennial ‘cross-carpeters’, bread and butter politicians who unable to displace the original members of APC in access to patronage, and already one leg back in PDP, will be pleased to cause disaffection in the APC.

“There is no reason genuine members in the state would  feel marginalized or excluded in opportunities offered by the party. The board appointments referred to as part of their grouse were equitably distributed to members of the party in 2016 before the “Mfecane,” yes, before the wanderers and rolling stones from the PDP surged into the APC.

“It is on record the APC liaised with a committee set up  in the Office of the Secretary to the Government of the Federation where the stakeholders of the party from Anambra fully participated in the allotment of board appointments. There were no complaints because the act was performed before the Mfecane.

“Indeed, we make bold to state that the APC is a sky that is large enough for every bird of the air to fly and as wide as the deep blue sea for every member to freely swim.

“Sen. Ngige does not and has never discriminated between the founding members and other members who joined after the APC came to power in 2015. He sees every member  as one and united in achieving the larger party goals.”

The statement added: “He has made several sacrifices and indeed in the last election, dispensed immense personal resources to various candidates who contested on the platform of the party. However, there are still members whose agenda is incongruous to the greater objective of the APC in the state and whose activities  leave no one in doubt as to their agenda of playing the Trojan Horse-destroying the state chapter of the party from within.

“The mischievous  trade on falsehood over electoral performance in the Anambra State  ought to be corrected. In 2019 general elections for the avoidance of doubt,  the two electoral wards in Alor, Idemili South Local Government Area where Ngige hails from, were convincingly won by the APC.  Suffice no doubt that the overall performance of the APC in the State  and  the South East zone can’t be detached from obvious denominating factors which only mischief will  blame on Ngige alone.

“Lest we forget, in Dunukofia and Anambra East local governments where the Dinosaur-sponsors of petitions claim over-lordship, the APC lost all the polling booths.

“We do not lose sleep over other frivolous and uninformed allegations in the poorly written letter, but we wish to clearly state that the board of the Civil Aviation Authority is yet to be constituted and inaugurated.

“Hence, Uzoma Igbonwa who is the chairman of the Special Public Works Programme (SWP) in the State cannot be a member of a board that is yet to be given life.  Besides, being a founding member of the APC, indeed its Interim Deputy National Youth Leader, he is qualified and  competent to deliver assigned responsibility.

“Besides, while Mrs. Bene Nwachukwu, a staunch and die-hard Buhari supporter  is not a member of any board, the  ‘Ngige’ on the board of a federal parastatal, Edwin Ngige, is only a member of the Board of Federal Medical Centre, Yola, a position he rightly deserves having joined the ACN in 2006 (one of the parties that transformed into  APC).

“Besides these party members;  Emeke Ibe, Barth Nwibe, Chima Okafor, George Moghalu, Chibuzor Obiakor, Charles Amilo, Momaife Augustine, Ebuka Onyemelukwe, Rev Ibeabuchi among many other members of the party, are neither from Alor nor  members of Ngige family.

“The issue is that the members who joined after the 2015 victory, decided to turn gatecrashers but failed in an attempt to  displace founding members of the party, hence have been crying wolf.”

0 comments on “Impostors behind Anambra APC letter to Buhari Ngige”