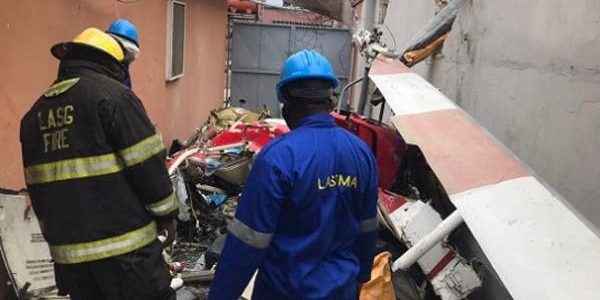 Accident Investigation Bureau (AIB) Nigeria, says it has commenced investigation into an accident involving a Helicopter Bell 206B3 operated by Quorum Aviation coming from Port Harcourt to Lagos, which occurred on Friday morning.

“We have began investigation into the accident involving a Helicopter Bell 206B3 with the Nationality registration Marks 5N-BQW operated by Quorum Aviation coming from Port Harcourt to Lagos.

“The accident which occurred on the Aug. 28 at the Opebi Area of Ikeja, Lagos, with three passengers onboard, recorded two fatalities.

“As the investigating agency, AIB needs and hereby solicits for your assistance. We want the public to know that we would be amenable to receiving any video clip.

“We will also need other relevant evidence, or information any members of the public may have of the accident; that can assist us with this investigation,” he said.

Oketumbi said the bureau would appreciate the general public and media to respect the privacy of the people involved and not to assume the cause of the accident until formal report was released.