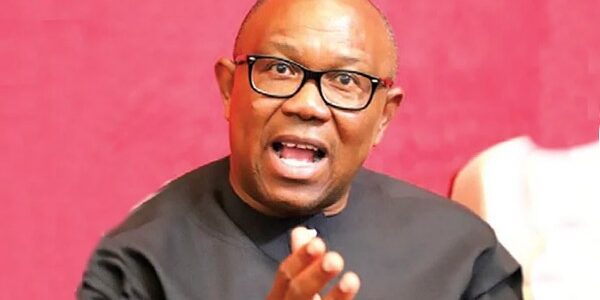 The presidential candidate of the Labour Party, Peter Obi, has condemned the alleged arrests of of his supporters.

LEADERSHIP gathered that a Lagos State coordinator for Peter Obi Rally, organised by supporters of the LP presidential candidate, was on Saturday reportedly arrested by operatives of the Department of State Services (DSS).

The coordinator, Joseph Onuorah, was said to be arrested when he arrived in Lagos on his way from France.

Reacting on his verified Twitter handle, Obi condemned the attack and intimidation of his supporters.

He said, “Elections are not deemed free and fair when a certain group employs the tool of intimidation to ensure that the opposition is silenced, both at the campaigns and at the polls.

“Peaceful assembly and unfettered electioneering campaigns are constitutionally guaranteed. Both and other ordered liberties cannot be breached wilfully by security agents.

“Recent reports of OBIdients being silently arrested by some security agents is extremely disturbing and condemnable. We must ensure that everyone is given a level playing field in the forthcoming elections, and that no eligible Nigerian, irrespective of ethnicity, religion.

“We must ensure that everyone is given a level playing field in the forthcoming elections, and that no eligible Nigerian, irrespective of ethnicity, religion, or political affiliation is disenfranchised, more so through violence and intimidation.

“I call on the Federal and State agencies to remind their operatives on the need to respect civil liberties.”