Leadership and the value of emotional intelligence 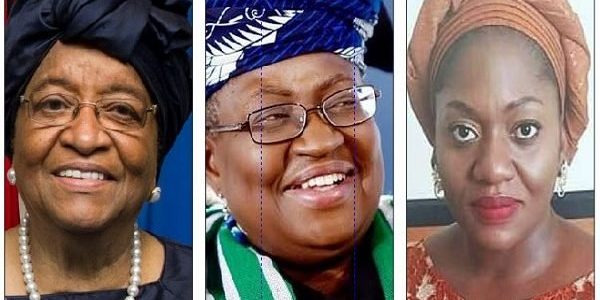 Leadership means much more than most people assume. In the words of Jim Rohn, “the challenge of leadership is to be strong, but not rude, to be kind but not weak, be bold, but not a bully, be thoughtful, but not lazy, be humble but not timid, be proud but not arrogant, have humor but without folly”.

However many of us grew up assuming that leadership is about power and how to wield it. Power is not an end in itself. The value of power is dependent on what whoever wields it does with it. It is neither race nor gender sensitive because humanity has always dealt with power in all continents. However, there is an erroneous assumption that men are more emotionally stable to handle leadership issues than women.

This flawed rhetoric has gone on for so long without any valid proof that women are less emotionally strong to handle leadership. On the contrary, men have shown through conflicts and the failure of diplomacy in the resolution of domestic, bilateral or multilateral issues that they can be very emotionally immature.

So one of the false narratives about the subtle exclusion of women in politics can be traced to the socializing that makes men feel that masculinity is synonymous with bottled up emotions. Men are not expected to be expressive of their emotions and that is often bottled up and explodes into rash decisions and ill-digested policy steps in leadership.

The Roundtable conversation had Obianuju Kanu Ogoko, an expert in  Business Development and International law,  who believes that the idea of the false narrative by men that women are emotionally immature is just one of those road blocks men use to justify the monopoly they enjoy in politics for their own selfish reasons. In the first place, if women and men can be found in jails across the world and in most of the cases, you discover that the reasons for their conviction is traceable to lack of a firm control of their emotions.

Emotional intelligence and management is not gender sensitive. If we can even pick the more emotionally secure humans, it has to be the women who nurture and groom the men both as babies  and as husbands and partners. If women can deal with the multi-tasking of raising kids of different temperaments and still manage their partners, what other emotional stability do they lack?

She believes that women are more passionate about order and compliance in leadership and leadership in Africa for instance has been wobbling post colonialism because it seems that men, who have had a better political presence have not totally shown the needed passion and commitment that women display. In the Nigerian context, she believes that the civil war seems to have divided the country in ways that there is a lack of sense of nationhood by the men who have been leaders at all stages.

Women as home builders seem more attached to their families and are often fixated about the welfare of every member of the family in ways that no matter where she is and what she becomes, building for her dependents is a natural for women. Nationhood is an extension of families and if women are good home managers, how would they make bad or incompetent leaders? While not saying that men do not care, the impact of good or bad leadership tells more on the women and so when most women get the opportunity to lead, their nurturing instincts always kicks in.

It does seem that in the Nigerian case, men in politics seem to show less empathy and passion for the citizens and that is why at this point of our political and economic lives, there must be an inclusiveness that can see women being integrated into leadership positions by political parties. The women on their own must get involved and not sit and wait to be handed the political space. The excuse of lack of finance is so puerile now that efforts must be intensified to at least achieve the 35% affirmative action as not a final solution but as a step in the right direction.

Women in leadership positions must begin to be more proactive in fighting for more women to join politics. Politics is a game of numbers and the men would always carry the day when it comes  to the legislative business that the voice vote determines which side wins. Women must begin to join the political parties as a gateway to being active participants in the political life of the nation and equally galvanize other women to boycott and political party that does not show some form of gender equity in either elective of appointive positions. Obianuju believes women must realize the narratives often pushed by men to scare away women and begin to deconstruct the them with facts and figures. Whining about political and economic marginalization cannot change the illiteracy or poverty levels in the country.

Hajia Fatima (Dongoyaro) Ali Mugono, the first woman to contest for a senatorial seat in Northern Nigeria believes that emotionally, women are more stable than the men and plan better for development at the levels they are hitherto allowed. If any woman is lagging behind, it is as a result of the men around them either as parents, religious clerics  or the community. She learnt a lot from her father, the late Alhaji, Shettima Ali Mungono who raised her to maximize her potential as a human being capable of contrinuting her quota to human flourishing and she is still a proud mother, daughter, muslim and citizen of the world.

Having been seen as a great organizer, she grew up to actively take her part in the development of women especially in the North where she has mentored many young men and women because, in her view, each human when well-educated and groomed can be a leader. She gives example with herself as a woman who with her opportunity to play leadership roles in the country made sure she blazed some trails that she feels the younger women must take a cue from.

In terms of physical achievements, she recalls that the International Women Center that the men seem to have appropriated now was built out of the need the women under the leadership of former first lady, Late Maryam Babangida built as a center that women can meet to discuss issues that concern them under the Better Life for rural women programme that she believes has not been matched by women in politics or leadership. The National Hospital that is now a national treasure was also one of the ideas and fruits of their efforts.

To Hajia Fatima, she just wishes the younger women politicians in any field should continue to exploit the emotional superiority that women show all the time as mothers, daughters and sisters. Emotional intelligence to her is not about physical strength or loudness of the voice but it is about strategies that can make for development of the country through empowerment of women in all sectors especially through education. In her part, she is proud of the leadership that she with women like late Simi Johnson, Emily Aig-Imoukhede, Maria Fatai- Williams, Hilda Adefarasin provided and which she is not seeing with the few women in politics.

She believes that women must be educated because when you educate a woman, you increase her emotional maturity. The idea of men claiming emotional maturity cannot be true. They are only politically visible because for a long time, they have been the ones providing a leadership that has not included the women. Given her experience in the political field, Hajia believes that the women have to step up and step out even though it is not easy but a journey of a thousand miles starts with a step which she believes women like her in the past had taken.

The RoundTable believes that the Covis-19 pandemic must force an introspection amongst Nigerians generally. The world has moved on without Nigeria and that is why the country is struggling with poverty. The parochial conclusions about leadership being a male thing has proved not valid given facts and figures. The emphasis must be on merit and commitment and people must forget the flawed grooming and stereotypes that have not ensured progress.

Women on their own must quit complaining and step out and take their place because, again, power is never surrendered, it is taken and you must be a participant in the field of play to win. Spectators do not win games, players do. Those in the field already must realize that one individual success is not a success. Team success guarantees progress and development. Nigeria has the women with the intellectual and educational capacity to provide leadership. It is time to walk the talk. 35% affirmative action if implemented is good but a Rwanda has 61% of women in parliament. Liberia produced the first female President in Africa after a very debilitating war by the men and the women swore to kick the out and get a woman to repair their country, Eileen Sirleaf Johnson did the healing in Liberia.

The Liberian men, with poor emotional intelligence caused the war, the women were victims and then when election time came, the Liberian women came together, with emotional maturity took leadership from the men and tried to heal a war-torn country. Nigerian women, can you take a cue?

0 comments on “Leadership and the value of emotional intelligence”