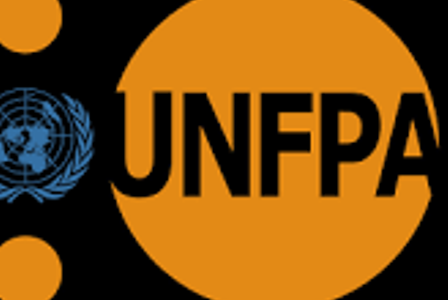 Trafficking in Persons has been identified as one of the major factors capable of heightening the spread of Sexually Transmitted Infections (STI), and HIV infections globally.

Kanem said that traffickers preyed upon the poor and the vulnerable, binding them in unspeakable conditions where every human right was violated.

She decried the cruel manner in which traffickers wielded physical and psychological violence, drugs, and sexual abuse as weapons to control their victims especially women and girls.

“And with sexual exploitation and abuse comes a heightened risk of sexually transmitted infections, including HIV, making a dire situation deadly.

“Even under the best of circumstances, women and girls around the world are less likely than men and boys to enjoy their fundamental rights to health, autonomy, bodily integrity and freedom from violence,” Kanem said.

The UNFPA Executive Director explained that Trafficking had the ability of taking gender inequalities to the extreme thereby setting backwards successes made in war against Gender-Based Violence.

Kanem, however, called on national and local governments, law enforcement, criminal justice systems and human rights organisations to redouble efforts to identify and report trafficking by bringing perpetrators to justice as well as supporting survivors.

“I also call on governments, community organisations, schools and other institutions to invest in women and girls and guarantee them equal rights and opportunities so that they can fulfill their potential and live a life of dignity, free of harm.”

She reemphasised the need for additional efforts during the COVID-19 pandemic, which according to her was undermining livelihoods, worsening poverty and increasing women’s vulnerability to traffickers.

She observed that schemes of traffickers may become harder for law enforcement to uncover during lockdown.

The Executive Director expressed optimism that the war against forced sex must be won.

She said: “Every year, tens of thousands of people are trafficked across and within national borders.

“Trafficking must never be tolerated, and our fight against it must continue even during the pandemic.

“We must not stop until this affront to human rights is brought to an end.”

NAN reports that July 30, of every year is set aside by UN to mark the World Day Against Trafficking in Persons.