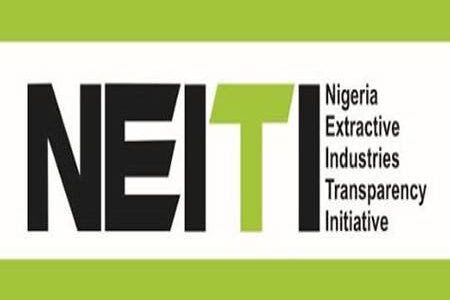 The Nigeria Extractive Industries Transparency Initiative (NEITI) has called on Joint Venture (JV) partners of the Nigerian National Petroleum Corporation (NNPC) to reconcile a $183.07 million discrepancy in their 2019 transport accounts.

In its latest report on the oil and gas industry covering 2019, NEITI noted that whereas a total of N571.41 was reported as transportation fees by the JV partners in the year under review, NNPC’s financial statement indicated it was actually $334.34 million.

The transparency initiative, in its 12th cycle report on the oil and gas industry, therefore called on both parties to reconcile the $183 million difference to ensure that the discrepancy is sorted out in the next report.

“A total sum of $517.41 million was reported as transportation fees by the JV companies. Of this amount, NNPC confirmed $334.34 million.

“A total of $183.07 million is under reconciliation by the NNPC. NNPC should conclude the detailed reconciliation. This should be carried out on a regular basis as a mechanism for checks and balances,” the report noted.

The initiative further asked the Department of Petroleum Resources (DPR) to reconcile the disparity in its reporting processes which it said poses a challenge on representation of NNPC data that has been systematically disclosed.

“NNPC should align its reporting systems with the DPR, being the entity statutorily responsible for metering in the industry,” it added.

Recently, the Group Managing Director of the NNPC, Mallam Mele Kyari, had called on International Oil Companies (IOCs) operating in the country to be more accountable to the Nigerian people and not just to their respective shareholders and companies.

Speaking on the third day of the Nigeria International Petroleum Summit (NIPS) in Abuja as head of the “Chief Executive Officers’ Roundtable”, Kyari had stated that although oil companies plying their trade in the country have a responsibility to their home companies, they must also strive to incorporate the interest of the government and its people.

He had said: “For instance, my partners here, we will expect that they operate responsibly, that they are transparent to all of us, not just to the shareholders of the external nature , but also to us and even to Nigerians.

“ And as you do this, they will expect you to produce at the least of costs that is possible, because what that means is that there’ll be more tax revenues and also probably better margins for the national oil company.”

Government entities covered by the report include the Federal Inland Revenue Service (FIRS), DPR, NNPC and the Nigerian Content Development and Monitoring Board (NCDMB).

Others are: Niger Delta Development Commission (NDDC), federal ministry of finance, Central Bank of Nigeria (CBN) and Office of the Accountant General of the Federation.

“NEITI further recommends that NNPC should carry out detailed reconciliation on transportation revenues regularly as a mechanism for checks and balances,” the document stressed.

The total barrels produced in 2019 was 310 million as opposed to 314 million in the previous year. Of this quota, NNPC’s share was 180.8 million barrels in 2019, while the JV partners had a cumulative share of 129.4 million barrels.

According to the report, losses due to theft and sabotage totalled 42.2 million barrels and was valued at $2.7 billion, using an average of $65.6 per barrel, but was 11 million barrels less than the loss recorded in 2018.

The NEITI oil and gas report also made recommendations on how to improve transparency and accountability in the sector, including a request that the Office of the Accountant General of the Federation (OAGF) should advice the NNPC to prepare its budget on a gross basis by stating its gross revenue and costs.

The report noted that the practice if adopted, would improve transparency and accountability in NNPC’s transactions on behalf of the federation.

It also observed that entities were reporting crude oil losses higher than the ‘fiscalised’ production and recommended that the DPR should take steps to reduce losses by the terminal operators.

It also highlighted the outstanding liabilities by companies as of 2019 year end and advised the respective government agencies to recover the debts.