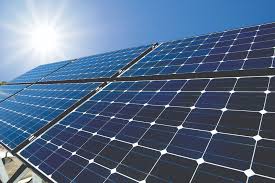 GIFSEP Executive Director, Mr David Micheal, who disclosed this in a statement in Abuja on Monday, said that the move was triggered by absence of electricity in Yaba community since 2016.

Michael said that GIFSEP executed the project with the support of the Global Environmental Facility Small Grant Programme (GEF-SGP).

He said that when his NGO visited the school to establish an Environmental Club in 2018, it discovered that the boarding school had no electricity supply.

“We had earlier powered a block of classroom with solar so that the students can read and do their assignments at night instead of using candles and lanterns.

“Now we have powered the boys and girls hostels with solar.

“GIFSEP had in 2018 powered a block of classroom with solar to enable the students to study at night and now extended power to the hostels so that the students don’t live in the dark any longer,” Michael said.

According to him, the students who are currently writing WAEC exams have  expressed joy at the development.

“The solar for schools initiative is part of capacity building of students to address climate change in FCT schools,” he said.

0 comments on “NGO powers school with solar in FCT”