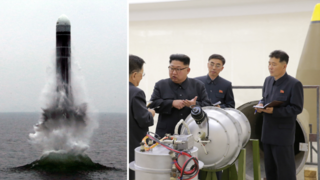 Pyongyang has highly likely developed nuclear warheads capable of fitting ballistic missiles in its arsenal, and is making other progress in its weapons program, according to a report submitted to the UN Security Council.

The “confidential” UN report, obtained by Reuters on Monday, notes that several unidentified countries had assessed that Pyongyang “probably developed miniaturised nuclear devices to fit into the warheads of its ballistic missiles.”

“The Democratic People’s Republic of Korea is continuing its nuclear program, including the production of highly enriched uranium and construction of an experimental light water reactor,” the report states, adding that another member state concluded the country “is continuing production of nuclear weapons.”

The report is not the first to claim that Pyongyang had successfully miniaturized a nuclear weapon, however, with a leaked 2017 US intelligence report also stating that North Korea had the capability to produce warheads small enough to fit inside a missile, which it said would theoretically allow it to reach targets on the US mainland.