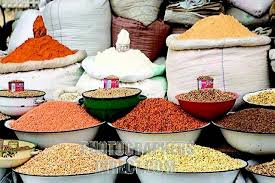 This decision was taken after almost a week of calling on their members to stop bringing food items and cows to the southern part of the country as a means of registering their grievances over their treatment during the recent ethnic clashes that rocked the region recently.

The union had  threatened not to stop the food blockade yesterday, despite pleadings from even the Arewa Consultative Forum adding that they prefer seeing the food items, most of which are perishable goods, rotten than supplying them to the South.

The union had initially given the federal government a seven-day ultimatum to weigh into the situation and look into their demands.

The Union had demanded protection of its members, and payment of N475 billion compensation for lives of members and properties lost during the #EndSARS protest and the Shasa market crisis.

Also demanded was  the dismantling of all roadblocks on federal highways where their members are harassed and money extorted from them by security operatives.

But it was gathered, today, that the union has decided to reconsider its stance at a meeting which was still ongoing, in Abuja, as of the time of filing this report.

The meeting was said to be attended by Governor Yahaya Bello of Kogi State and former aviation minister, Femi Fani-Kayode.

While the blockade lasted, it was a lose-lose situation for both regions; food prices soared in the South and farmers in the North complained of poor patronage.