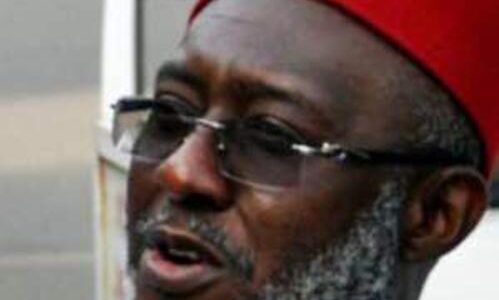 The Anambra State Chapter of the Peoples Democratic Party (PDP) has felicitated with the Diokpa Of Ezeani Nnewi Kingdom, Akajiugo Nnewi who is also a former National Publicity Secretary of PDP, Barr. Olisa Metu on the occasion of his 55th birthday.

The felicitation was contained in a press release signed by the Publicity Secretary of PDP in the state, Mr Nnamdi Nwangwu made available to journalists.

He said that it is a thing of joy to see the former National Publicity Secretary of PDP, an astute politician adding another year to age.

Nwangwu noted that Barr Metuh(Akajiugo) a distinguished legal luminary has contributed in no small measure towards the nation building.